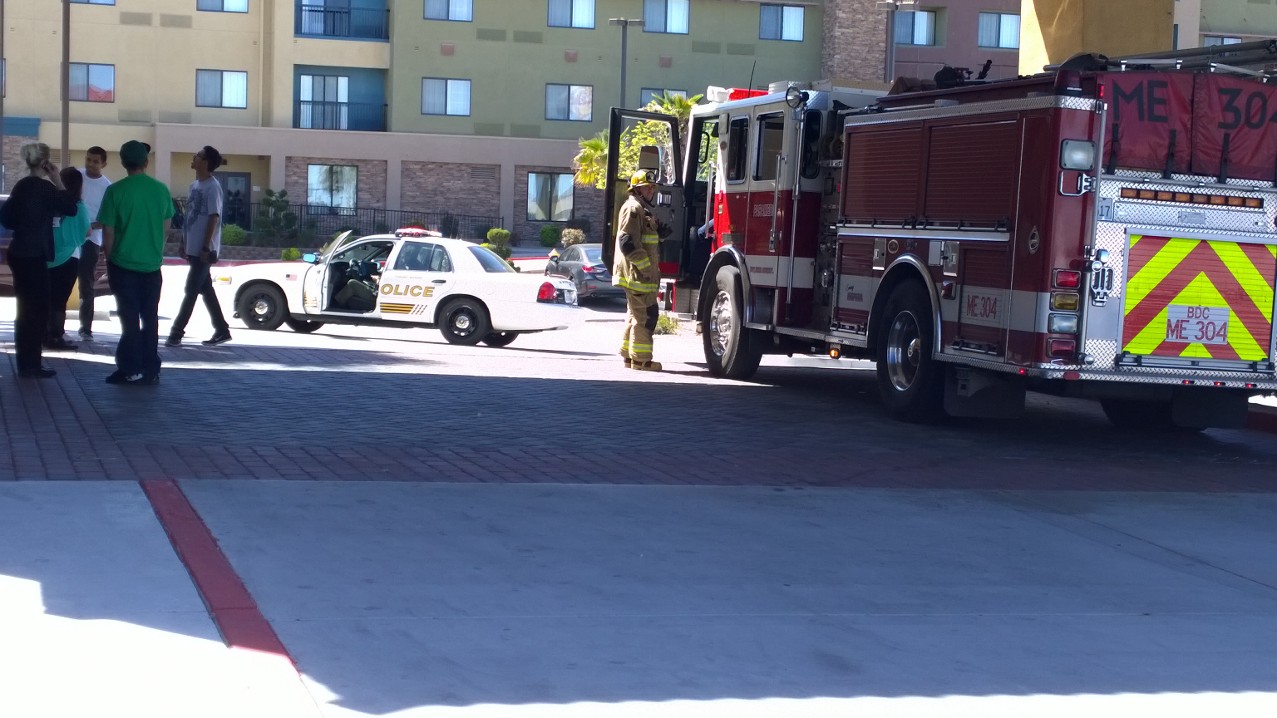 department firefighters responded to a smoke alarm activated in the 9600 block of Mariposa Road.

The report indicated that a second floor room was filled with smoke. Firefighters arrived on scene within minutes of the report and made their way into the Spring Hill Suites.

The Firefighters reached the second floor air conditioner, which appeared to be the source of the smoke.

The fire, which was quickly contained to the air conditioning unit was extinguished within minutes of the firefighters arriving on scene. There were no injuries reported as a result of the incident.