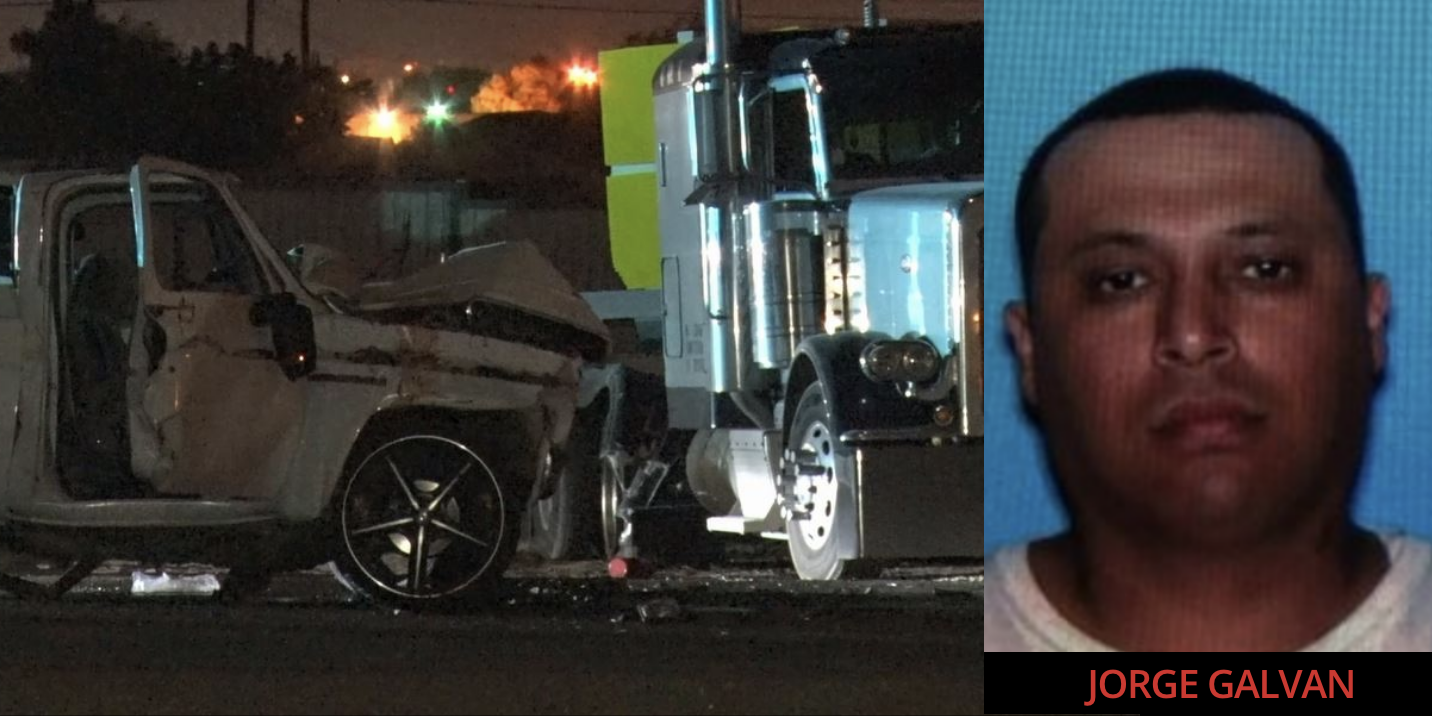 HESPERIA, Calif. (VVNG.com) — A man arrested for a hit and run crash that left his passenger critically injured was sentenced to four years in state prison on Wednesday.

On May 25, 2018, at about 9:20 pm, the suspect, Jorge Armando Galvan, was driving his white 1974 Chevy pickup at a high rate of speed when he collided into a tractor-trailer that was attempting to reverse into a lot in the 15100 block of Sycamore Street in Hesperia.

Three days later, Galvan was taken into custody by the Sheriff’s Specialized Enforcement Division for his outstanding warrants, officials said in a news release.

Jorge Galvan appeared in Victorville courtroom on October 3, 2018, where he withdrew his not guilty plea to Felony Hit and Run Resulting in Permanent Injury or Death.

According to public court documents, he was sentenced to four years with 123 days credit for actual time served and an additional 123 conduct credit for a total of 246 days. He will serve his sentence at the Chino California Institution For Men.