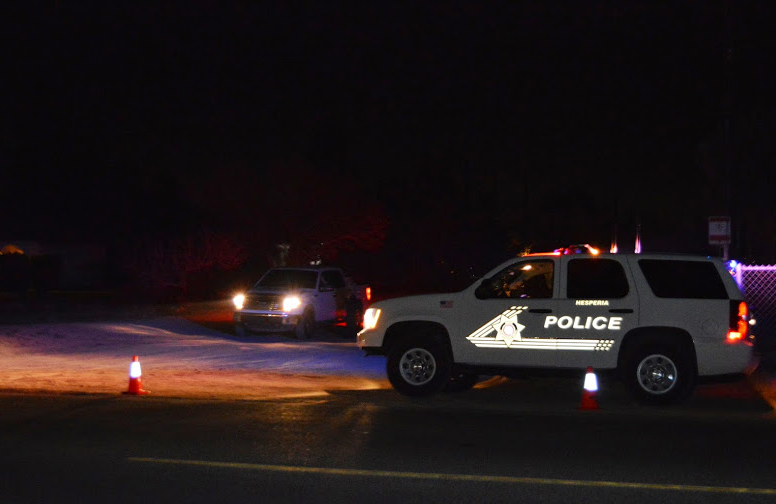 The two brief closures occurred as the usually quiet neighborhood became what residents described as a “war zone” with helicopters, Sheriff’s deputies in tactical gear, fire engines and several patrol units. Two of the closures quickly reopened to traffic while the other closure from Cottonwood and Elm to about one block east remained blocked Hesperia police vehicles for several hours.

On March 4th Sheriff’s officials released the cause of the closures. On February 16th a male victim was kidnapped at gunpoint from a Fontana residence. The family of the victim was contacted by an unknown male demanding an undisclosed amount of money for the safe return of the victim.

A kidnapping investigation was initiated by the Fontana station deputies and the Sheriff’s Specialized Enforcement Division assisted in the extensive investigation. On the same day, the victim, who was taken to a Hesperia home, was able to escape from the residence where he was being held.

Investigators determined that the two suspects were Santos Benard-Salinas, 24 and Manuel Lozano, 48. Both suspects were arrested on February 25th, Benard-Salinas in Fontana and Lozano in Bloomington.  The suspects were booked into West Valley Detention Center where they are being held for the charges of  Kidnapping for Ransom.

The two suspects are each being held on $2.1 million bail.

If anyone has further information regarding the investigation, they can contact Detective Mike Siegfried (909) 771-1129 msiegfried@sbcsd.org or Sergeant Mark Martinez (909) 356-6767.  Anyone wishing to remain anonymous is urged to contact the We-Tip Hotline at 1-800-78-CRIME(27463) or you may leave information on the We-Tip website at www.wetip.com