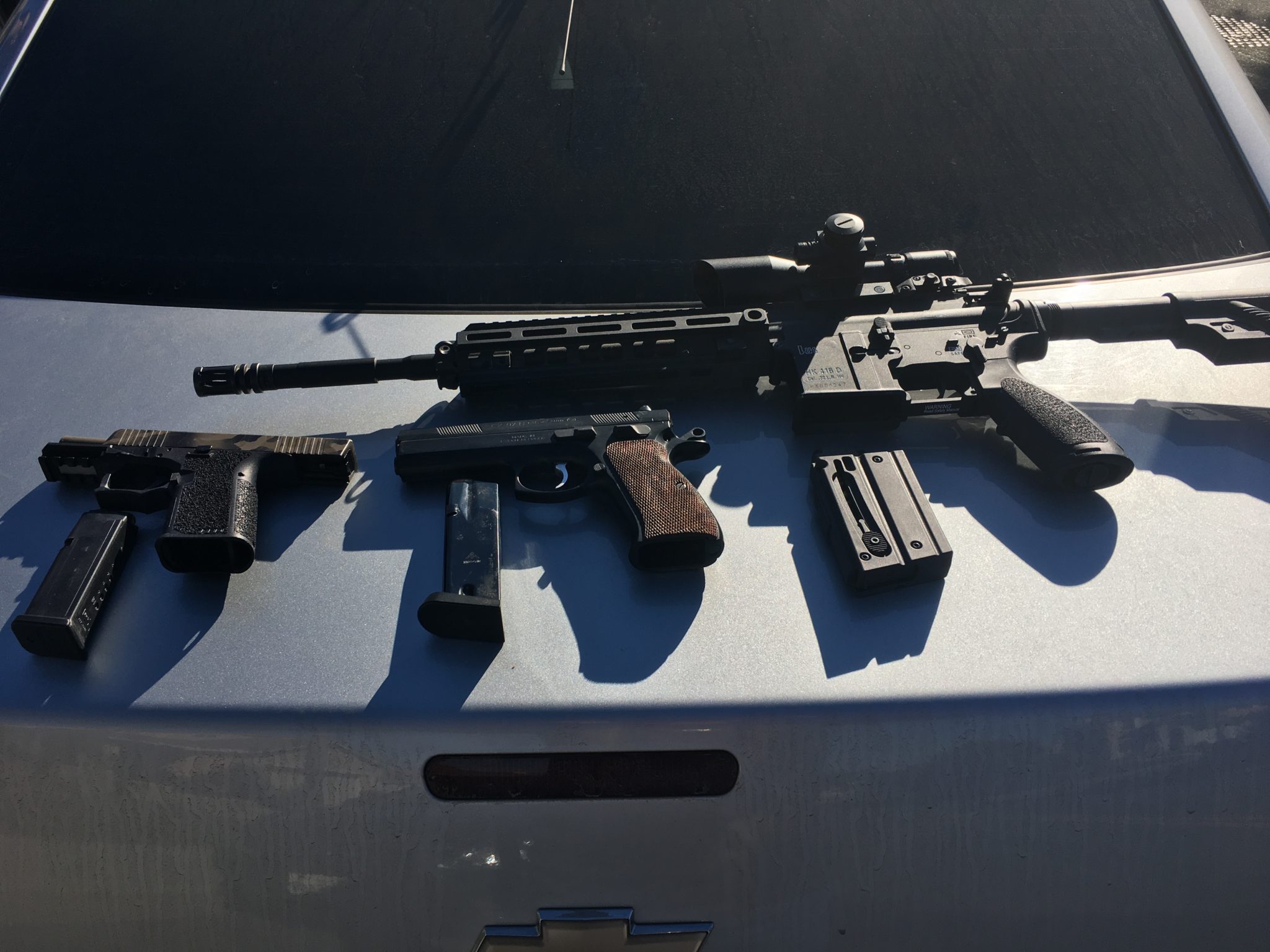 The suspect, John Michael Whittle, 28, remains in jail after he attempted to run from deputies on January 23, 2020.

According to a sheriff’s news release, the Gang Team determined Whittle had three felony warrants for Firearms Violation, Manufacture of Controlled Substances and Residential Burglary.

Whittle fled from a vehicle and was apprehended after a foot pursuit in the area of California and Washington in Lake Elsinore, according to jail records.

“During a search of his vehicle, deputies recovered two loaded handguns and an AR15 style rifle from the vehicle,” stated the release.

Whittle was booked at the West Valley Detention Center for the active felony warrants and additional charges of Carrying a Stolen Loaded Firearm and Felon in Possession of Firearm.

His combined total bail is set at $255,000 and is scheduled for arraignment in a Victorville courtroom on January 24, 2020.

The investigation is ongoing and anyone with information is urged to contact the Hesperia Station Gang Team at (760)947-1549. Callers can remain anonymous and contact WeTip at 800-78CRIME or www.wetip.com.