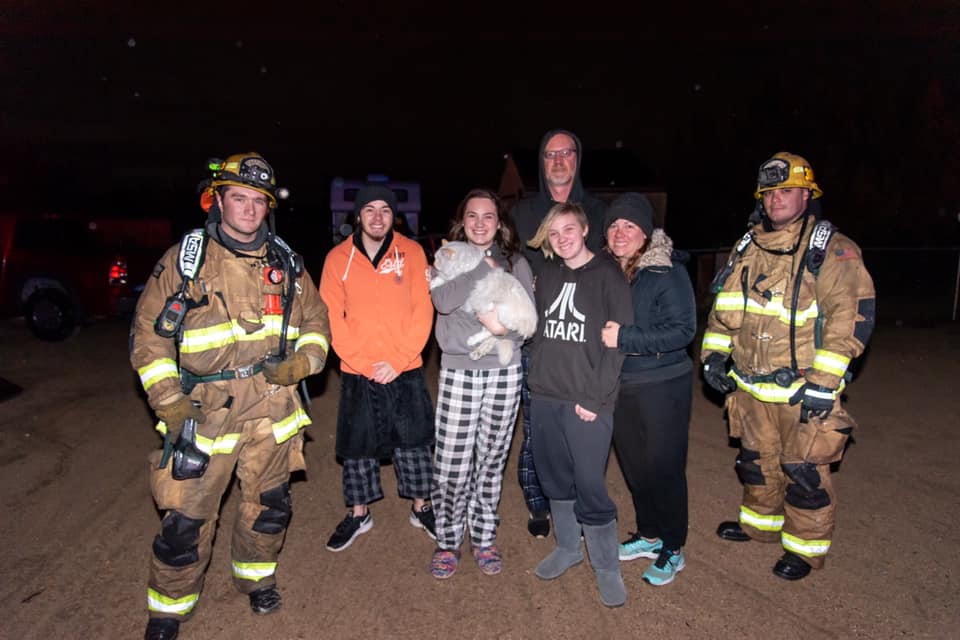 On April 7, 2020, at about 12:06 am, San Bernardino County Firefighters responded to the 15900 block of Palm Lane in Hesperia reference a residential structure fire.

“Crews arrived within 8 minutes to find smoke and fire in one room and an adjacent wall,” stated Batallion Chief Mike McClintock. “While the searches for human occupants came up negative, crews found a cat and reunited the family with their pet.”

McClintock said once the fire was knocked down and searches were cleared, crews transitioned their efforts on salvage and overhaul operations.

San Bernardino County Fire responded with three engines, a truck, a Battalion Chief, a medic ambulance and a Fire Investigator.

The American Red Cross was requested to assist the occupants with temporary living assistance.