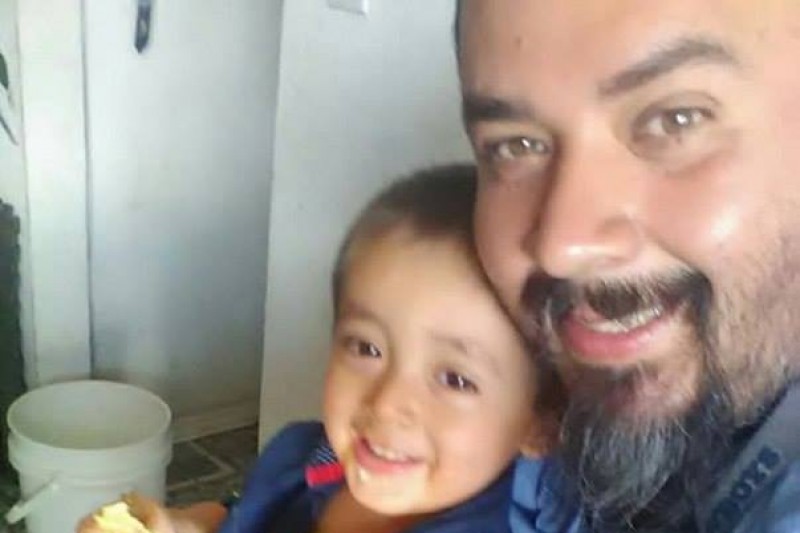 HESPERIA, CA:(VVNG.com)– A local family is grieving after a father of four was killed in a traffic accident on Friday, October 7th.

At about 2:50 a.m. 37-year-old Eduardo “Eddie” Frayre, of Hesperia, was driving on Ranchero Road heading to work at Gardner Trucking in Ontario.

At the same time, Jose Antonio Corral, 24, of Hesperia, was traveling on Ranchero Road just east of Outpost Road heading in the opposite direction. Authorities say Corral’s Honda Civic crossed into oncoming traffic and collided head-on with Eddie’s Mitsubishi Mirage.

Both drivers sustained fatal injuries and were pronounced dead at the scene.

Family friend Anne Schroeder described Eddie as a great husband, father, son, and friend to many. According to Schroeder, Eddie was very involved in the community and was a great support for Sultana Football and Carmel Elementary where two of his children attended.

“Eddie worked hard to make ends meet and support his family,” says Schroeder. “Luis his oldest son was on our sultana Football team for all four years of high school and had just quit on Tuesday to stay at home and help his family care for their younger siblings when both parents worked the night shift.”

Without the financial support of Eddie, the family is faced with coming up with the necessary funds to bury their father. A Gofundme account has been established for those wishing to help raise money that will assist with funeral services and to maintain the immediate needs of the family. All donations can be made here: Eddie Eduardo Frayre Memorial Fund

“You were truly one of the kindest, caring and genuine men we have ever known. We are deeply saddened by your loss, you were taken from us way too young and had so much left here on this earth to do. You will forever be cradled in the loving arms of Jesus, fly on angels wings until we meet again.” – Anne Schroeder.