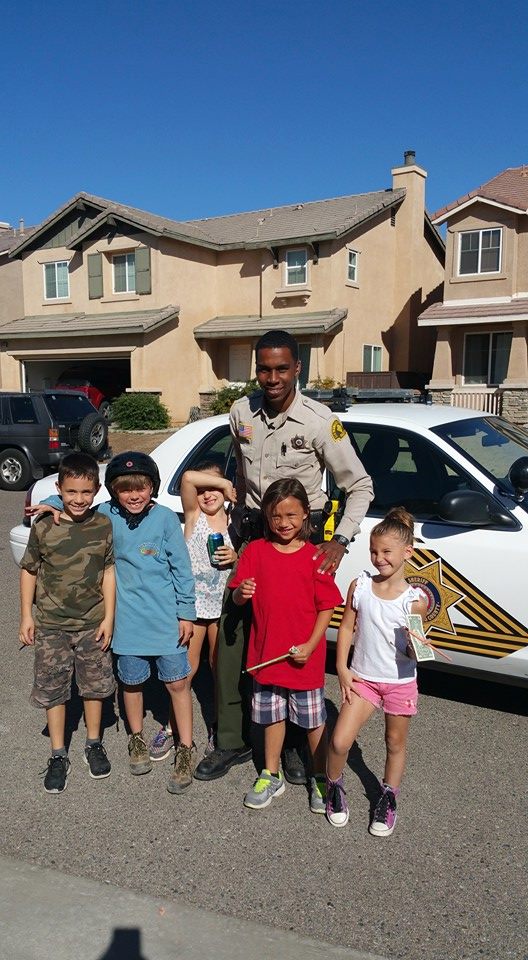 HESPERIA-(VVNG.com): Law enforcement officers are usually given a bad rap in the news, maybe it is because good deeds are expected of them. In reality, the call of duty only goes so far, and in some cases they can turn a blind eye rather than showing care for the citizens they serve.

Lately, we have been seeing more positive photos surfacing of our local deputies, some of which have went viral on social media and spread to television news. The positive photos, very possibly are snapped by citizens hoping to show that deputies for the most part are exemplary public servants.


The Hesperia Station recently received a photo of Deputy McDermott stopping to interact with a group of children. During his visit, he talked with children while passing out pencils and Jr. Deputy Badge stickers. The children were left with not only happy faces, but a moment they will likely remember for years to come.