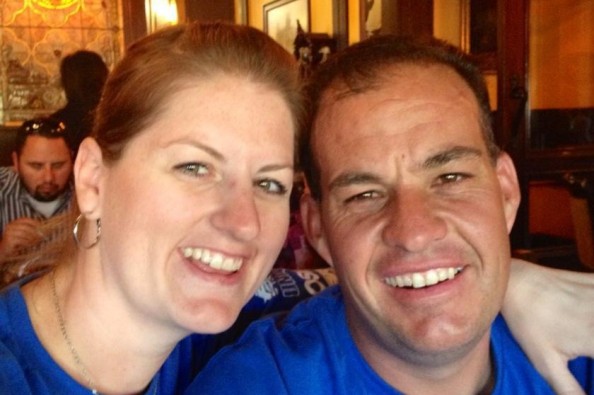 HESPERIA: (VVNG.com)- On May 19th, Hesperia Pirates assistant coach, Richard Lloyd age 37-years-old suffered a Hemorrhagic Stroke while coaching his 14-year-old son’s little league baseball game at Lime Street Park.
He went to get a drink from the snack bar and his 12-year-old daughter found him trying to hold himself up against a tree. When found he was suffering from severe weakness to his left side. She then went to get her mother, Kim Lloyd, who then went to assist him and called 911. “I am an RN so I was able to recognize the signs & symptoms right away and call for help without delay.” said Kim.
Richard was airlifted to Loma Linda Medical Center where he remains on a ventilator in critical but stable condition.
The medical staff is working hard to keep his blood pressure down to help the bleeding in the brain stop and to allow it to heal. His wife, Kim has remained by his side and plans on staying there as long as necessary, which is keeping her from work, as a Per Diem Registered Nurse. His prognosis is good according to his family, but he will need therapy when he gets out of hospital. Before falling ill, Richard was working as an auto mechanic in Barstow but it is highly unlikely that he will be able to return to that line of work.“The main concern for my daughter is being able to be with him at the hospital because he is responding to her in a positive way. So she can’t go back to work until we find out the outcome of all this.” said his mother-in-law Cheryl Roberts.The couple’s children are being cared for by Kim’s mother and sisters, they are said to be taking their father’s condition and hospitalization hard but the family is working to keep them positive.

“This is really hard on her right now financially. She can’t work taking care of her husband, so her sisters set the fund up to help.” said Cheryl Roberts. The family is grateful for the community concern and support through this trying time in their lives. “Thank you to all the people out there not only contributing but praying for us! It is greatly appreciated! I can’t thank everyone enough.” said wife, Kim. If you would like to help take some of the financial stress off of wife, Kim Lloyd, so her attention can stay on her husband who needs her at this time please see the go fund me account her family set up on her behalf.