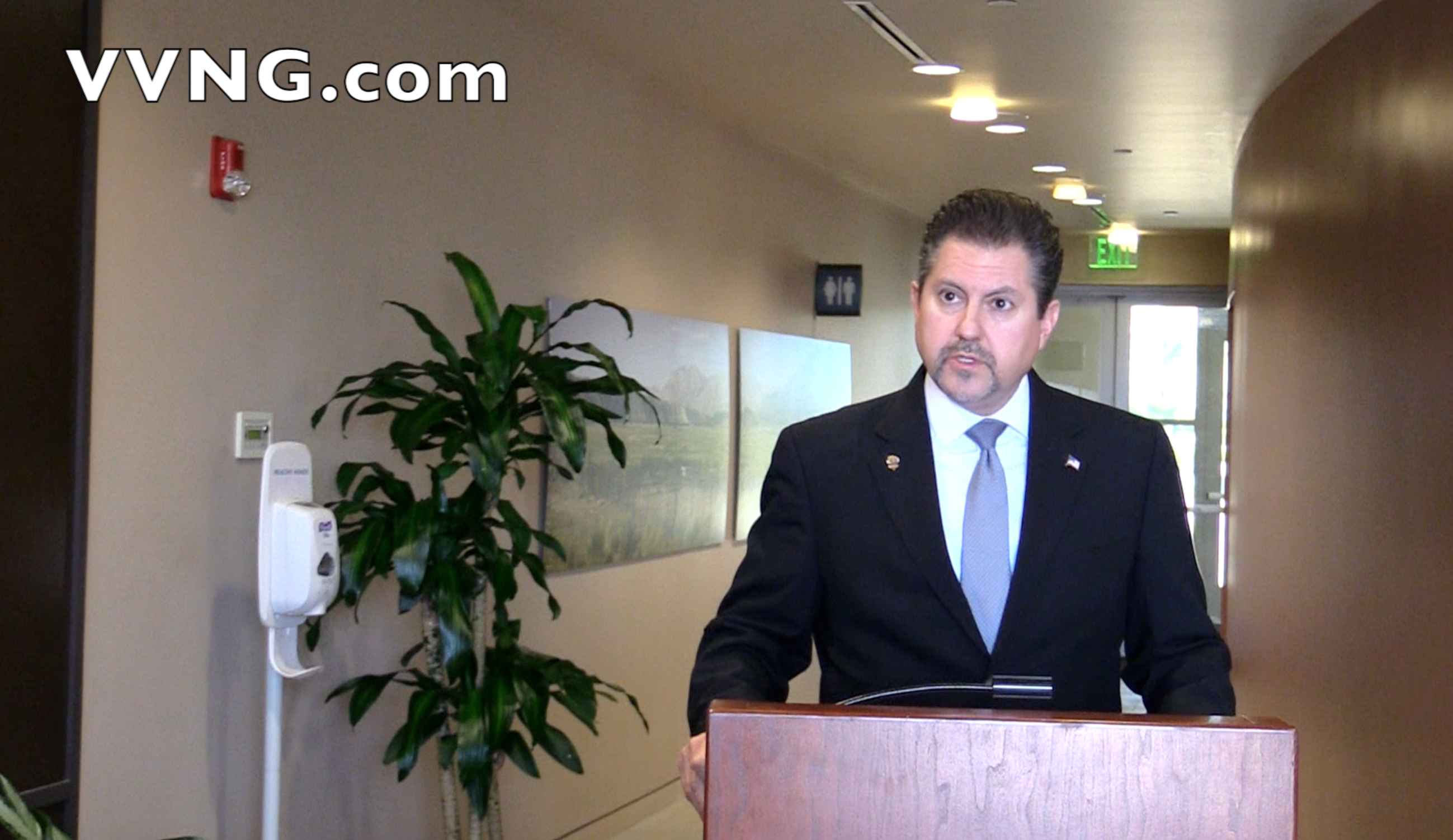 HESPERIA:(VVNG.com)- On Saturday, February 21, 2015 a last-minute press conference held at Hesperia City Hall was called by Hesperia Mayor Eric Schmidt. “The purpose of the meeting is to communicate not only our intentions but also that we have a special meeting on Monday and we’d like everyone to know,” stated Mayor Eric Schmidt.

He started the meeting by saying, “The city council understands the concern expressed by the community regarding the animal shelter video that was posted to social media on Thursday afternoon. This issue is taken very seriously. It has commenced an investigation into this incident. Please understand that until an investigation is completed the city is not able to comment on the specifics of what occurred.

We truly do understand the frustration and anger over this incident and apologize to each and every member of the public.

We have called a special city council meeting that will be held on Monday, February the 23rd at 6:30 PM at the city council chambers.

Although details of this incident cannot be discussed, we will allow members of the public to voice their concern about this incident. Based upon the finding of the investigation, I assure you that appropriate action will be taken.

The city is committed to the fair and humane treatment of animals. I’m not able to answer any questions at this time regarding the incident. But I do want to reiterate that we understand the seriousness of the incident and extend our sincerest apologies”.

During the conference a reporter asked the Mayor if he felt the public overreacted to the video.

The mayor responded by saying, “I think that every subject has emotional counterparts associated with them. So some people react the way that their heart allows them to react. So I’m not going to judge whether or not someone is over emotional about this or under emotional. I just know, we know and the city knows, that it’s something that we have to be taking seriously and we have to investigate and that is exactly what we are doing”.

Public Information Officer Rachel Molina was also in attendance at the meeting and stated, “that on Monday evening they will be taking public comments at that time. But however the council will not be engaging in a question and answer. Much like any other public meeting. So concerns, anything that you would like to share with us. We are more than happy to take that information down because we know that people feel very strongly about what happened”.

When asked if this was the first time the city has received reports of abuse at the animal shelter, Mayor Eric Schmidt responded by saying, “I’ve been on the council for two-years and we’ve certainly have had public comment on the animal shelter. I think many people have an opinion on how it should be run. And many people have an opinion of the process. So I think it has certainly come up and we desire for the public to be able to come out and speak their concerns”.

In the last couple of days the City of Hesperia has received close to 100 emails from the public.