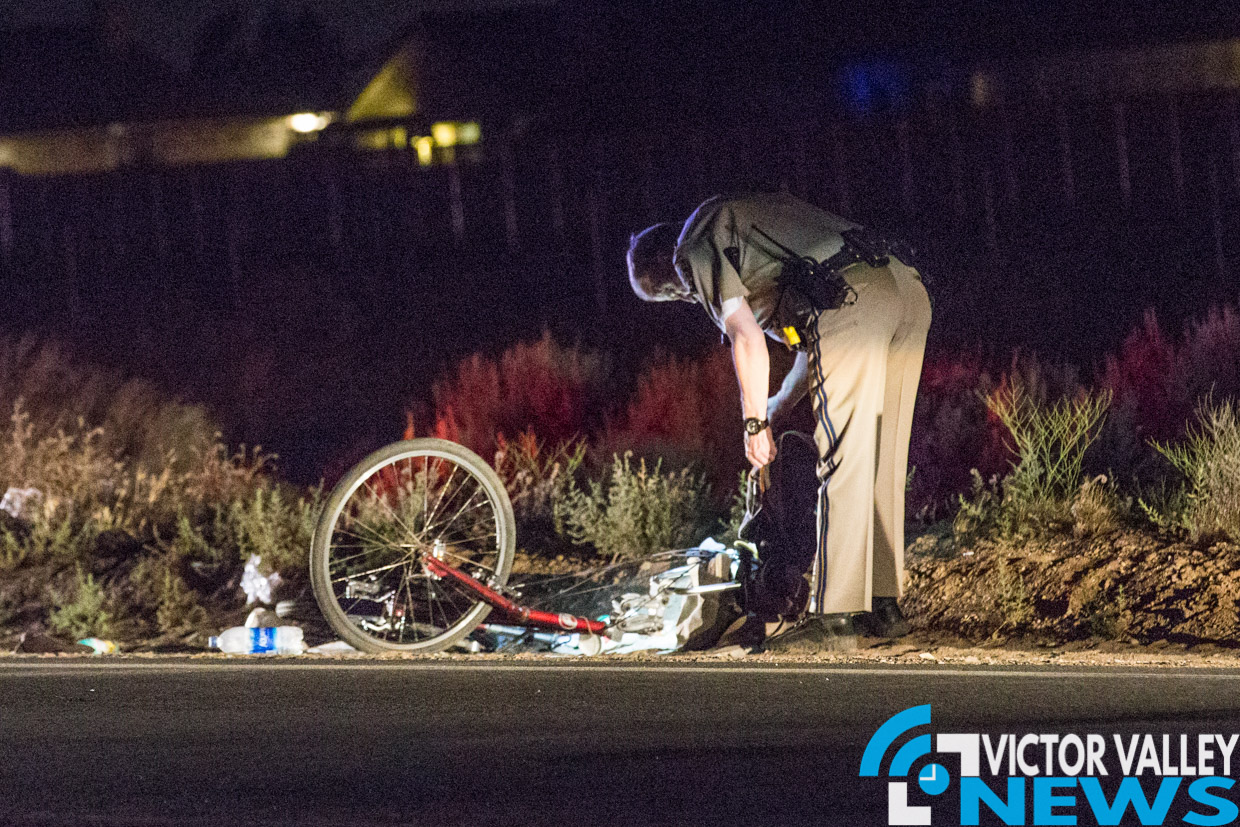 The first incident occurred at 8:37 pm on Ranchero and Lassen Roads involving a vehicle versus bicyclist.

The bicyclist was transported by helicopter to Arrowhead Regional Medical Center with unknown injuries. The male driver of the white utility truck that hit the bicyclist remained at the scene and cooperated with the investigation.

A second incident, which occurred less than three miles from the first accident, involved a vehicle versus pedestrian and was reported at 8:55 pm on Maple Avenue, just north of Ranchero Road.

According to scanner traffic, the pedestrian suffered head trauma and was transported in critical condition by helicopter to Loma Linda University Medical Center.

The driver of the vehicle, a 23-year-old woman, remained at the scene and also cooperated with authorities.

Both accidents are currently under investigation at this time and no further details were available.