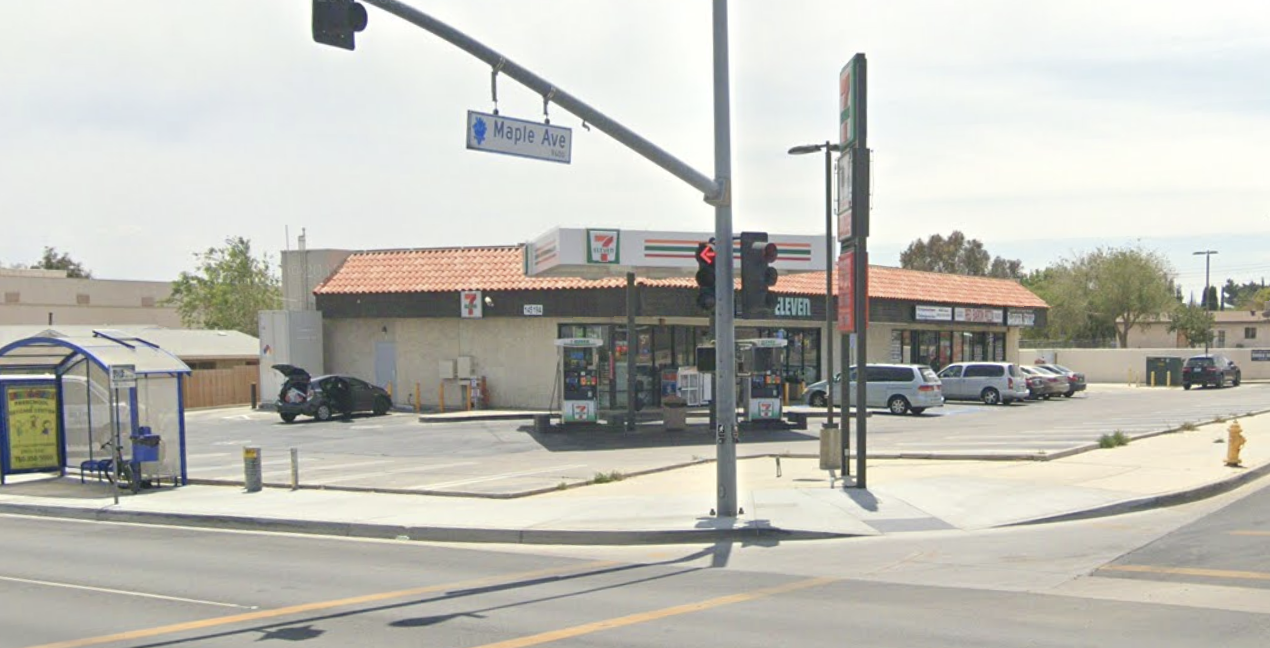 HESPERIA, Calif. (VVNG.com) — A 7-Eleven clerk in Hesperia briefly lost consciousness after he was assaulted by a shoplifting suspect, officials said.

Deputies responded and learned that a black male adult, later identified as Traymar Robinson, 23, out of Hesperia, entered the 7-11 and began to consume beverages without paying for them.

Sheriff’s spokesperson Edgar Moran said the employee, which is the victim, informed Robinson that he had to pay for the beverages first before drinking them.

“Robinson then walked passed the victim, punched him in the left side of the head, causing the victim to fall to the ground and briefly loss consciousness, and exited the store failing to pay for the beverages he consumed,” stated Moran.

Deputies conducted an area check for Robinson and he was subsequently located by the intersection of Cottonwood Avenue and Willow Street, where he was detained.

Moran said the victim positively identified him as the suspect during an in-field line up.

Robinson is being held without bail due to violating his parole and is scheduled for arraignment to revoke his PRCS on October 21, 2019.

According to public court records, in June of 2018, Robinson was charged with attempted auto theft and evading a police officer while having prior felony convictions.