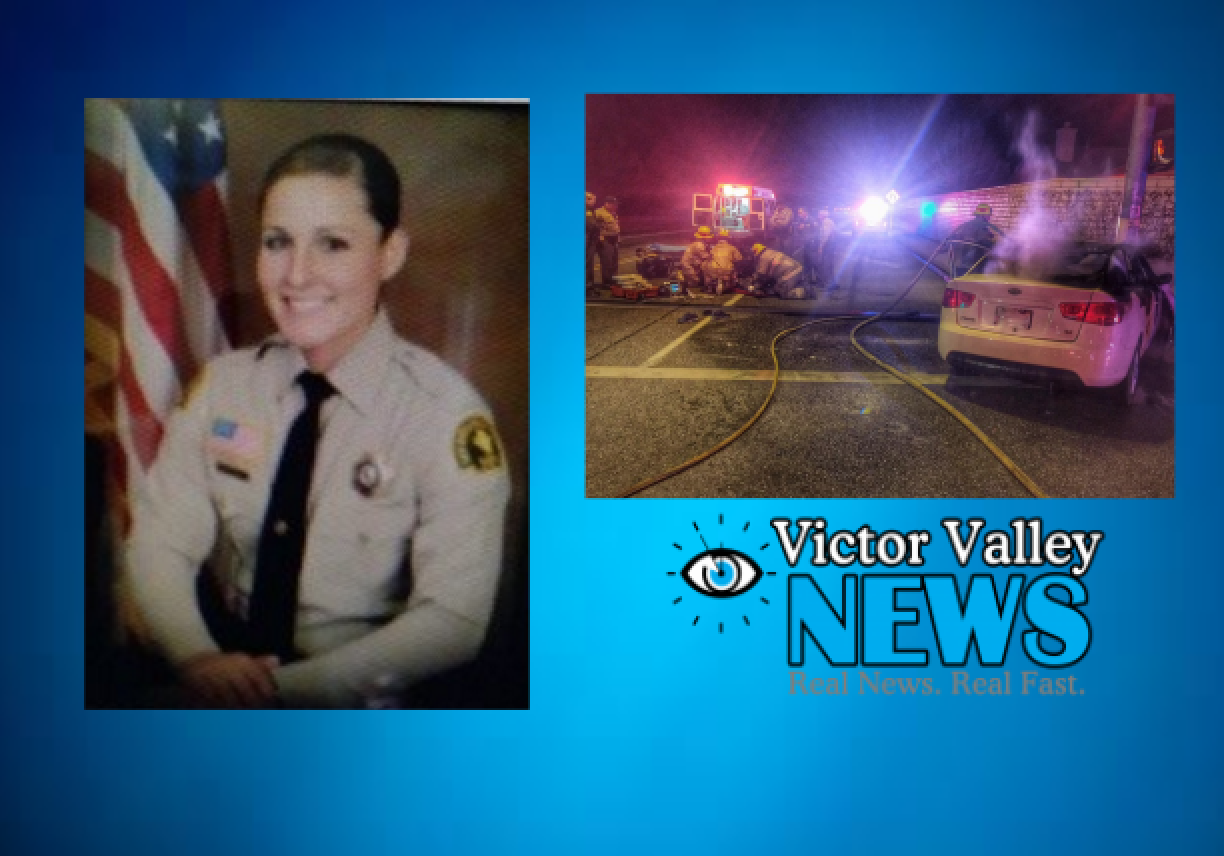 VICTORVILLE-(VVNG.com): It is not every day you hear of the amazing things that Sheriff Deputies do on a daily basis. The minuscule amount of bad in law enforcement is always a major focus, likely because it is such a rarity. Of course, some good is expected of our local heroes since it is part of their job description. Sometimes what they do deserves a momentary spotlight at the very least.

On the morning of Friday, January 15, 2016 while Deputy Asiah Medawar was on patrol she was dispatch to a traffic collision at the intersection of Hook Boulevard and El Evado Road. The reporting party told dispatchers that the vehicle collided into a traffic signal and the vehicle was smoking and beginning to catch fire. A report followed reporting that there was someone in the burning vehicle.

Deputy Asiah Medawar within minutes arrived at the scene and saw the burning vehicle with an unidentified citizen near the open driver’s door. Flames entered the vehicle on the passenger’s side. The driver, partially under the dash area due to the impact was unconscious. Deputy Medawar, along with the unidentified good Samaritan, pulled the driver out to safety, saving his life. Shortly after pulling the unconscious man to safety the vehicle was fully engulfed.

The man pulled from the burning vehicle was airlifted to Arrowhead Regional Medical Center with major burns to his right hand. Any other injuries are unknown at this time, but they are not believed to be life-threatening. Due to the courageous efforts of Deputy Medawar and the unidentified good Samaritan, the life of the driver was spared.

Deputy Medawar has been a deputy with the San Bernardino County Sheriff’s Department since the spring of 2013. She is a fighter according to friends, both literally and figuratively. Deputy Medawar is a United Combat Association (UCA) fighter. The UCA is competitive boxing for Peace Officers, Firefighters and Military Personnel all over the United States. Deputy Medawar is listed on the UCA website as one of the most talented fighters that is yet to win a title.

According to a 2014 Go Fund Me account, Deputy Medawar faced a fight for her life after a terrible motorcycle crash in November 2014. She suffered extensive injuries and was in intensive care. Her injuries required surgeries and rehabilitation. At the time of her collision, it was not known if she would ever be able to return to work. Due to her perseverance, Deputy Medawar has recovered and is back to work.