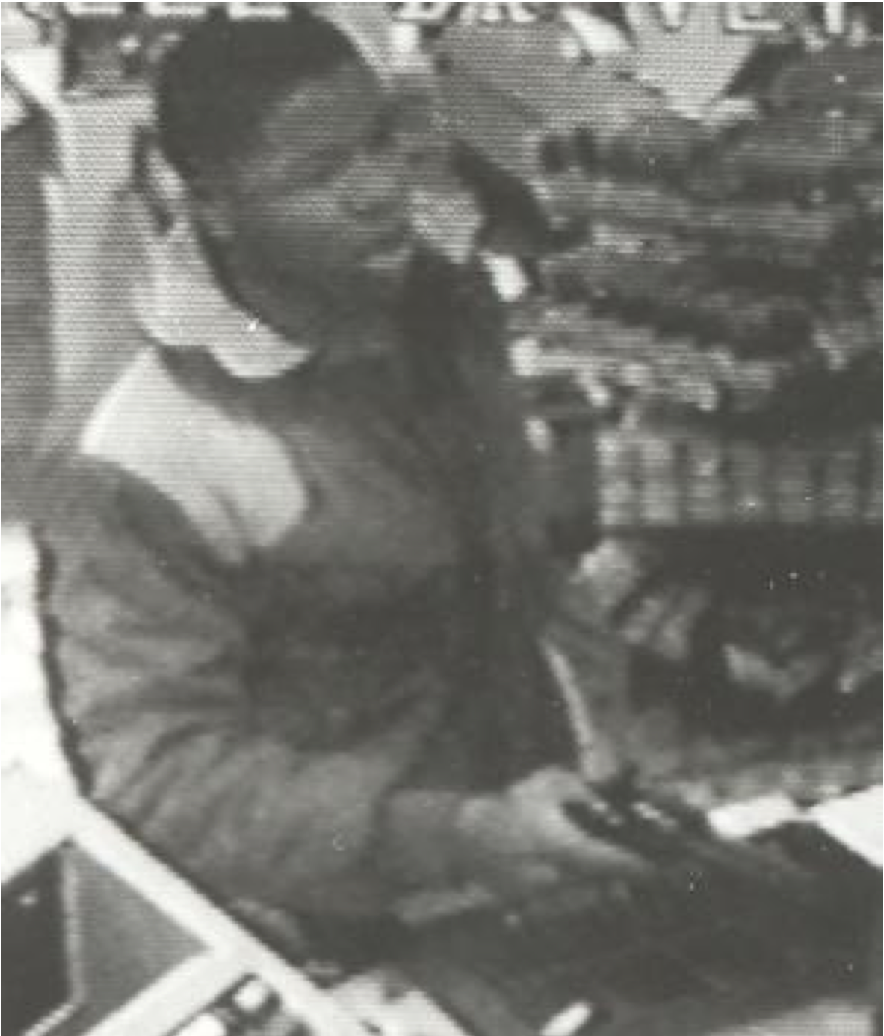 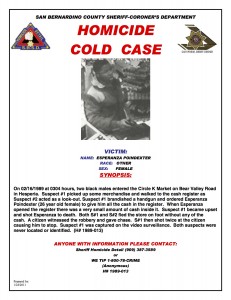 On 02/16/1989 at 3:04 a.m., two black males entered the Circle K Market on Bear Valley Road in Hesperia and  murdered a woman working at the location.

Esperanza Poindexter, age 26 year old female, was working as a cashier in the early morning hours when suspect #1 (featured in the image) picked up some merchandise and walked to the cash register while Suspect #2 acted as a look-out.

Suspect #1 brandished a handgun and ordered Esperanza to empty out the register. When Esperanza opened the register there was a very small amount of cash.

Suspect #1 became upset with the minimal amount of cash and shot Esperanza to death. Both suspects fled the store on foot leaving the cash behind.

A citizen witnessed the robbery and gave chase. Suspect #1 shot twice at the citizen causing him to stop.

Both suspects were never located or identified and only suspect #1 was featured on surveillance. (H# 1989-013) 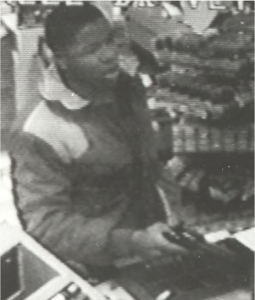 After 24 years this murder has yet to be solved and has turned into a local cold-case.  A cold case is a crime, usually violent, that was never solved and which the police are no longer actively investigating.