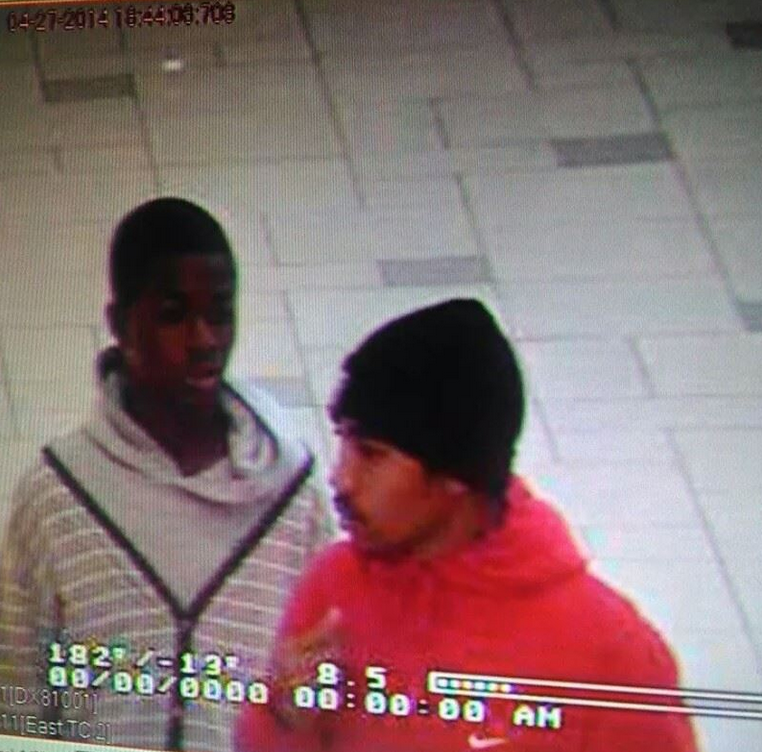 UPDATE: Thanks to the public’s help the cell phone has been recovered and returned to it’s rightful owner. According to a statement from the San Bernardino County Sheriff’s Department, the suspect in the red shirt was identified and he was quickly located and tracked down. The second suspect (on the left, in gray clothing) has been identified as Dajon Session, he is wanted for investigation of robbery and is a reported runaway. Any information as to his whereabouts call (760) 245-4211.

Two suspects were caught on camera snatching a phone from a teenager at the Mall of Victor Valley in Victorville.

The female victim was talking to her mother on her cell phone when the incident occurred.

The images caught by mall surveillance shows the two males and the get away car they used in the crime.

If you have any information regarding the suspects, you are encouraged to contact the local Sheriffs Department at 760-241-2911.