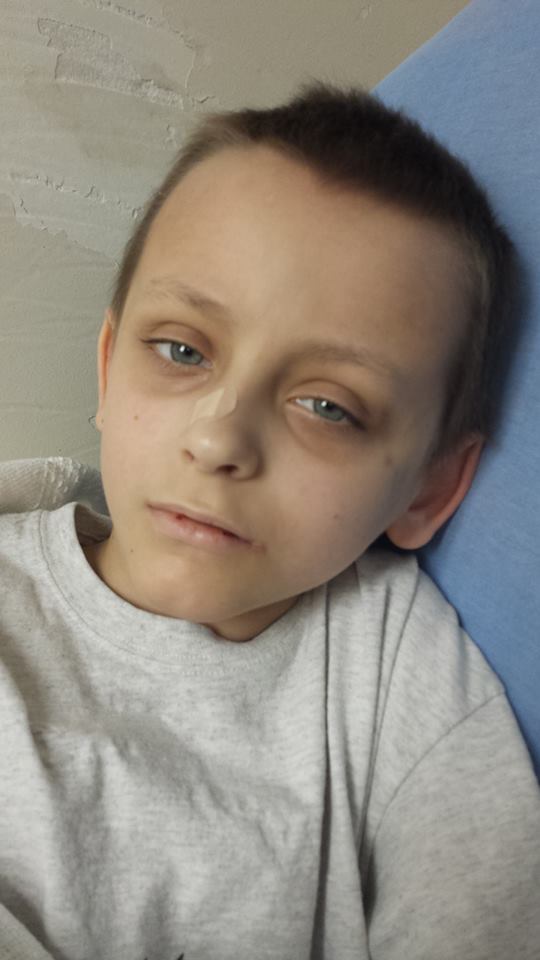 Hello, friends in the Victor Valley, we would like to introduce you to Christina and Andrew Brown. Christina is a full-time mom, and her husband Andrew is a Senior Electrical Engineer and former NAVY SEAL. The family of 5 resides in Hesperia, and have lived in the Victor Valley since 2002. The oldest of the 3 boys is Kyle Wong, he’s 17 and will be a senior at Oak Hills High School this year and is very active in ROTC. The middle child is Zachary Brown, he’s almost 13 and will be an 8th grader at Cedar Middle School this year. Jayson is 10 years old and the youngest of the 3 brothers, Jayson was diagnosed with Stage IV Neuroblastoma with MYCN Amplification when he was 9 years old on April 11th 2012.

Jayson has spent majority of the time since his diagnosis in the Hospital (Loma Linda and now L.A. Children’s Hospital). During his battle he’s endured 6 rounds of chemotherapy, 14 rounds of radiation, several surgical procedures including one to remove his right adrenal gland which was the primary site of his original tumor, stem cell transplant and finally reached remission in March of 2013. 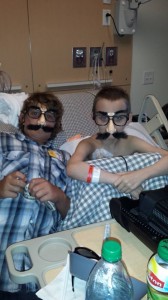 Jayson, recently was hospitalized due to severe pain in his back, legs and lower abdomen. After many tests and scans the family was told that not only had Jayson relapsed but it was severe and highly aggressive. The cancer had grown up his spine, there were tumors inside his stomach, chest, legs, skull and the cancer had already made its way back to his bone marrow.

The worried parents knew the nature of Jaysons, Neuroblastoma and due to this type of amplification the outlook was not good. As a family the Brown’s decided to try another round of chemotherapy. In an attempt to find out and determine if this new cancer was resistant to chemotherapy. Since Jayson relapsed so soon after stem cell transplant; aggressive forms of therapy were not an option at this point, due to the risk of organ failure. Jayson endured another 5 day round of chemo therapy, but it did not relieve the pain. Jayson continued to feel to feel pain though out his body. Scans confirmed and showed that not only did the cancer grow bigger but it had spread to new places.

Jayson, has lived in the high desert his entire life and the family would love to share his story with all of you. They ask the community for your love and support. A message from the Brown’s : To all of our family, friends and faithful supporters,

“We wanted to give you all an update on Jayson and Jayson’s future medical care. As most of you know Jayson isn’t your average 10-year-old. Jayson is a very old soul and he is incredibly intelligent and insightful and wise beyond his years. Because of Jayson’s ability to understand, absorb and communicate all of his feelings, worries, and thoughts with us we have never hid any information from him about the type of cancer he has, what it can and is doing to his body and what it is to relapse. Our family has never been fond of statistics and during the first time around fighting Neuroblastoma we never paid attention to them whatsoever. As you all know this relapse happened very quickly and the cancer is very strong. It has grown in an area of his body that NB isn’t usually seen in and in many cases doctors have never seen it grow where its been found in Jayson’s stomach. Jayson recently went through a round of low dose chemo to see how the cancer would respond and in hopes of preparing his body for MIGB therapy. 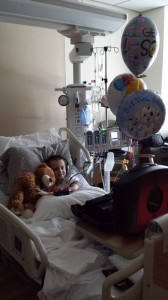 As you have already learned that despite the round of chemo the cancer has spread to new areas and has gotten much larger in a very short period of time. Because of the location of several spots in Jayson’s stomach and intestinal tract and the fact that Jayson relapsed so quickly after stem cell transplant and the relapse was so severe he didn’t qualify for the majority of relapse treatment options because most can cause issues with the stomach and intestinal tract and Jayson’s body being so fragile would not of survived surgery if a blockage or rupture would have occurred.

Before we moved on to any option available we wanted to talk with Jayson and find out what he thought about everything that was happening to his body. We always told Jayson that as his parents we had to fight this cancer with everything we had but that if he ever relapsed he would have a say so in what treatment options he wanted to pursue. Recently Jayson has been quite withdrawn and this is very unusual for him and while in the PICU Jayson had a very difficult night emotionally and after a couple of hours we finally got him to open up to us. Jayson explained to us that he no longer wanted to continue treatment and that the only reason he even agreed to try this latest round of chemo was because “losing a child will destroy our lives”. Jayson being Jayson was concerned with how the loss of a child would affect us and his brothers. 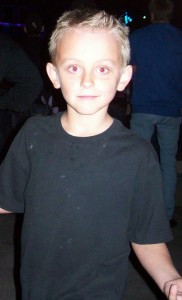 Jayson explained that he no longer wishes to continue with treatment and he can tell his body is ready for peace. He is not afraid of this choice and as soon as he got this off of his chest his body started to feel better almost instantly. He had been carrying this weight around for a couple of weeks and he couldn’t bear hurting our feelings. What Jayson didn’t know, at least not consciously, was that the chemo was not effective and with how severe it had spread throughout his body, further treatment was no longer a feasible option.

Jayson is one of the bravest most intelligent and wisest child I have ever had the pleasure of loving and we as his parents, his older brothers and his doctors all accept his choice to no longer continue treatment. Jayson has requested that his choices not be questioned and new treatment options not be suggested and we absolutely support him 100% in that request.

With all of this said I think I would like to clarify that Jayson is NOT giving up! When we talk about how hard we “fight” during cancer treatment we do mean fight. We have to fight to keep positive, fight to keep our family together, fight to keep our sanity and these kids have to fight for the will to keep going when their bodies betray them and their entire world is changed. Jayson is tired, and medical science has reached it’s limits, his body has fought him at every turn and instead of trying to continue a life of hospitalizations, IV’s, pain, and countless medications he has decided to take the control back and not let cancer run his every waking minute. He just wants peace and we will support him the way he needs us too.

Jayson and our entire family are eternally grateful for all the love, support, prayers, well wishes, financial support, emotional support and any other kind of support we have been fortunate to get throughout this entire journey from each and every one of you and we hope that you will continue to be with us while this journey continues. Jayson is looking forward to his trip to Hawaii and then he will come home to live the rest of his life exactly how he wishes, with all of us surrounding him, loving him and supporting him until it is time for him leave us in this body and meet us again where ever that may be.” 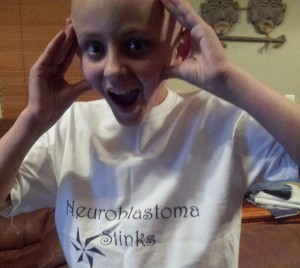 With Jayson coming home the family is busy making plans and preparing for the much awaited family vacation to Hawaii, Christina tells us “we are set to leave July 13th- 18th and he chose the island of Maui. Make A Wish has been amazing!”

Please show Jayson you care & go Like his FB page, you will receive update’s on his progress.
Help Jayson Brown Fight Neuroblastoma

*Update– Rest in Peace Jayson Brown. Jayson lost his battle to childhood cancer 10/10/2013. Always in our heart, you will be missed, you touched so many souls.