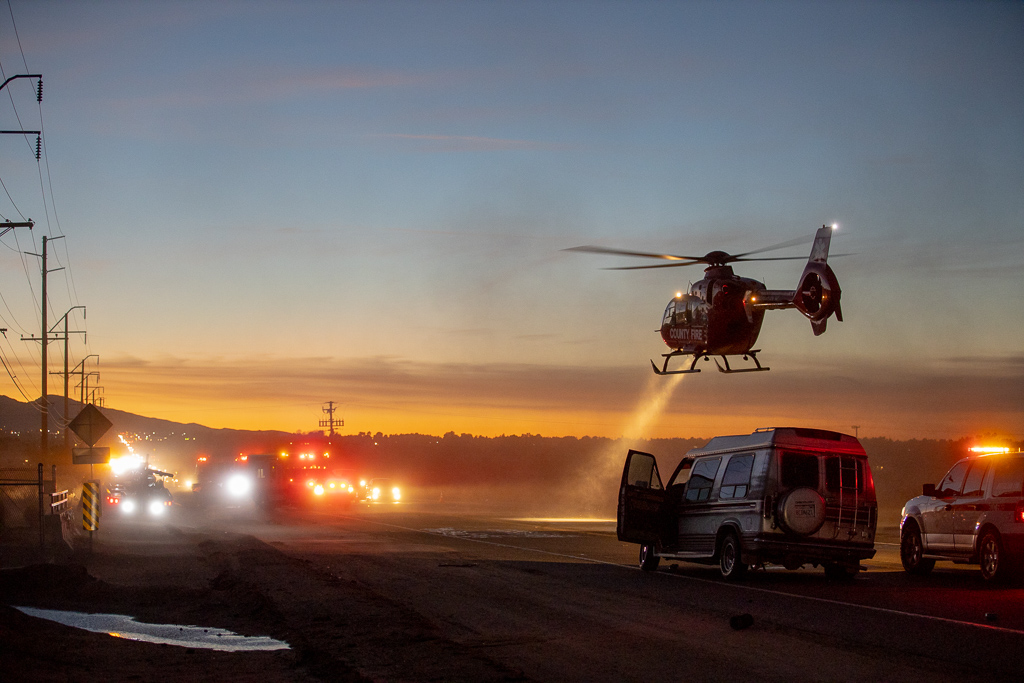 PHELAN, Calif. (VVNG.com) — Emergency crews had to extricate a woman who was trapped in a vehicle after a head-on crash on Phelan Road.

The crash was reported on Friday evening at 5:05 p.m. at the intersection of Phelan Road and Smith Road in the city of Phelan.

San Bernardino County Fire personnel responded along with CHP and located a van and a blue Mitsubishi Lancer sedan with major damage.

The driver of the van told Victor Valley News he was driving eastbound when the crash occurred.

“I went to get pizza for my kids and was on my way back, when out of nowhere the Nissan swerved into my path and struck the side of van,” according to the driver who provided his name as James.

According to San Bernardino County Fire Battalion Chief Bill Mahan, the driver of the blue sedan was treated on-scene for minor injuries.

Officers with the California Highway Patrol  shut down Phelan Road for about an hour for an investigation and to land a helicopter on scene.

The female passenger was flown to Arrowhead Regional Medical Center with major injuries.

The roadway was reopened shortly after 6:00 p.m. and the cause of the crash remains under investigation.