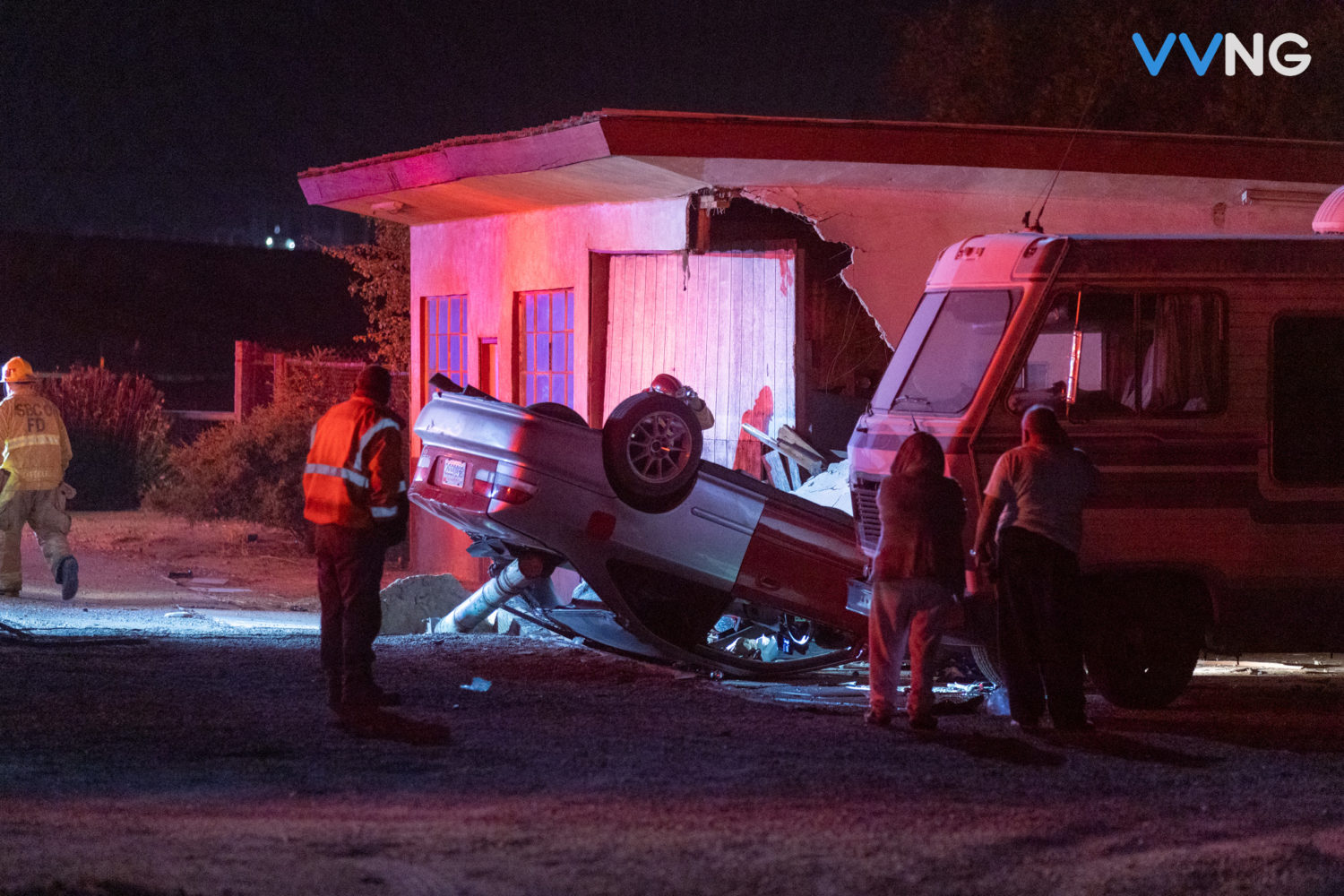 ORO GRANDE, Calif. (VVNG.com) — A helicopter landed on National Trails Highway in Oro Grande to airlift a driver injured in a crash.

It happened at about 6:03 pm, on November 20th, near 1st Street and south of Riverside Preparatory High School.

When emergency personnel arrived they located the older model Honda overturned and partially into a structure with the driver still trapped inside.

Traffic on National Trails Highway was temporarily stopped in both directions while the helicopter landed and transported the patient. Firefighters informed the owner of the damages and taped off the building.