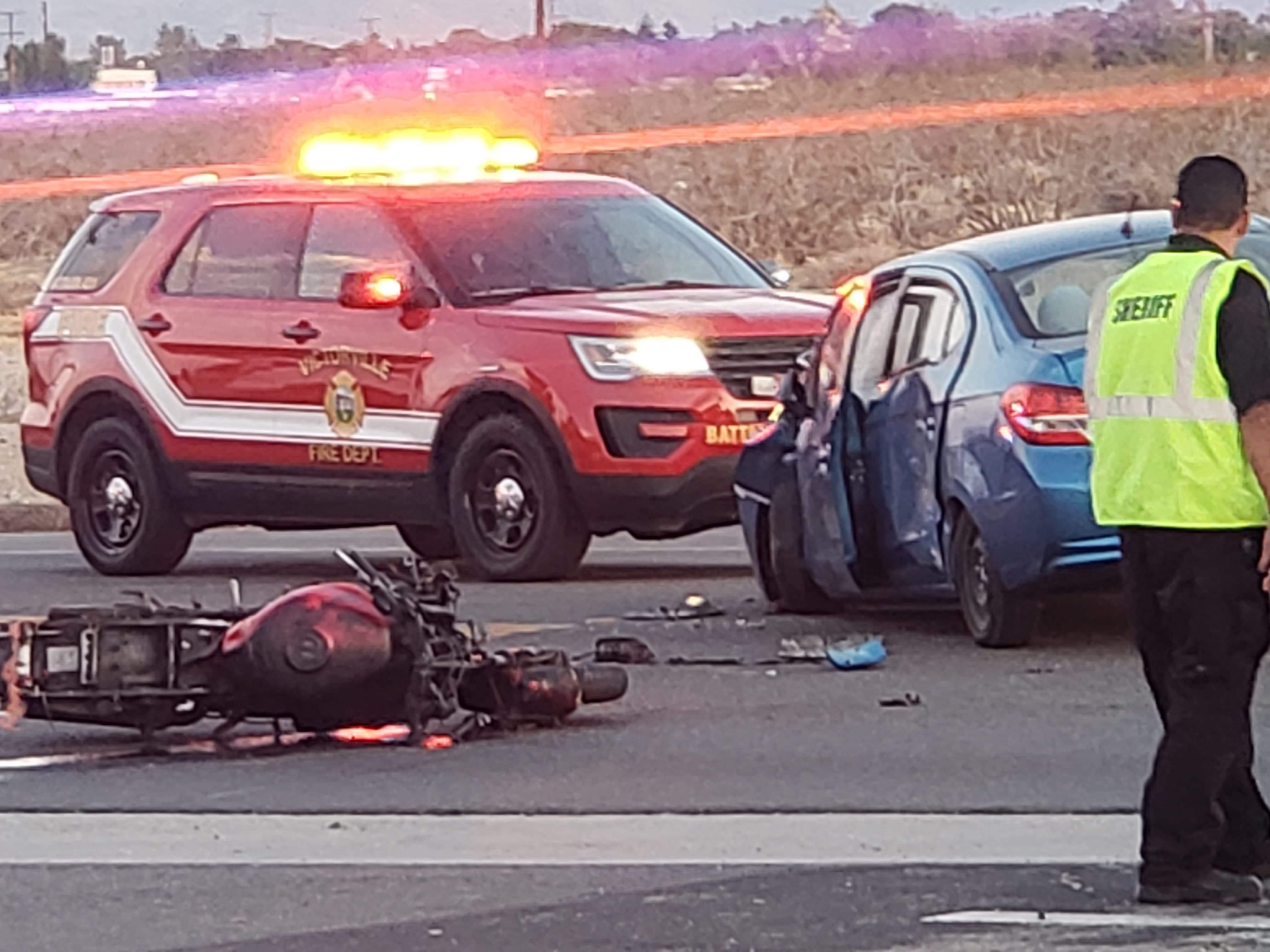 VICTORVILLE, Calif. (VVNG.com) – A motorcycle rider was transported by helicopter to a trauma center after a multi-car crash Wednesday.

The collision was reported just before 7:00 pm at the intersection of Bear Valley and Pluto Roads.

A motorcycle, Jeep, and a sedan were all reportedly involved in the incident.

Per scanner traffic, the male rider of the motorcycle sustained critical injuries.

The California Highway Patrol helicopter (H82) landed at the scene moments after the crash to transport the victim to Loma Linda University Medical Center.