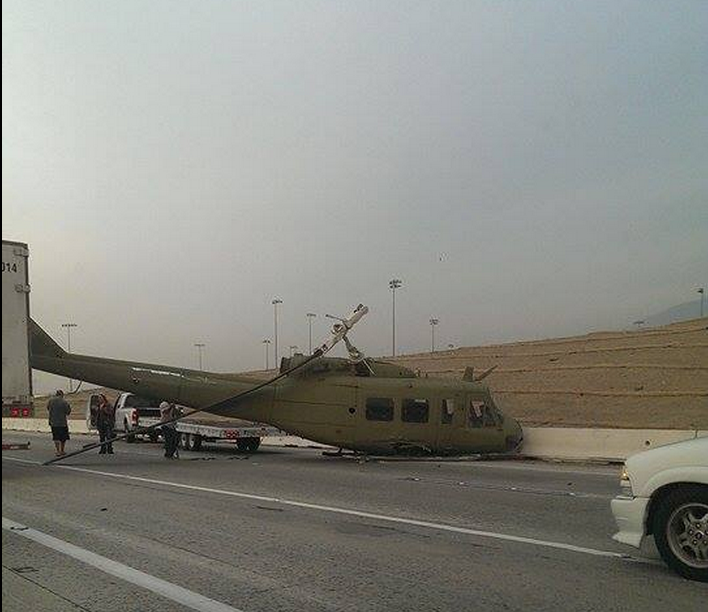 FONTANA:(VVNG.com)- On Friday, February, 20, 2015 at approximately 6:54 A.M., a white Ford heavy-duty truck with a flat-bed trailer was hauling a movie prop helicopter along the southbound 15 freeway near the Duncan Canyon Road interchange.

“Just see this thing on the freeway couple minutes before!” (photo by Fabian Rodriguez)

Per CHP incident logs, the military type helicopter struck the overpass causing the helicopter to fall off the flat-bed.

Although no injuries were reported, several vehicles hit the helicopter as it fell off the flat-bed and landed upright in the right hand shoulder of the freeway.

Victor Valley News Member, Kelli Johnson, posted the following: “I was driving one of the cars that got hit. But everyone is ok just some small damage to the cars. But thank God we were not hurt. There were 3 kids in the other car. I am glad I wasn’t tailgating or this could have been much worse.”

The incident caused the #3 and #4 lanes to be blocked  and a Sig Alert to be issued at 7:47 A.M. Although the helicopter has been removed, traffic remains backed up for several miles.

Many commuters traveling in that direction as an alternative have opted to take the 215 freeway to go around the area.

The Duncan Canyon Interchange at I-15 currently exists as a two-lane overcrossing which was constructed in 1976. The existing overpass will be widened and result in a six-lane interchange and will include on and off ramps connecting to the I-15.

At this time it’s unknown if the overpass sustained any structural damage. Engineers have been requested to assess any possible damage.

For the latest news in real-time be sure to join our Facebook group Victor Valley News with over 53,000 members www.facebook.com/groups/victorvalleynews 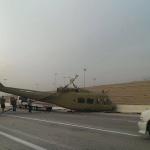 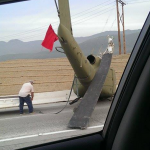 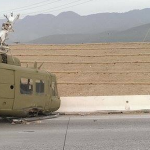