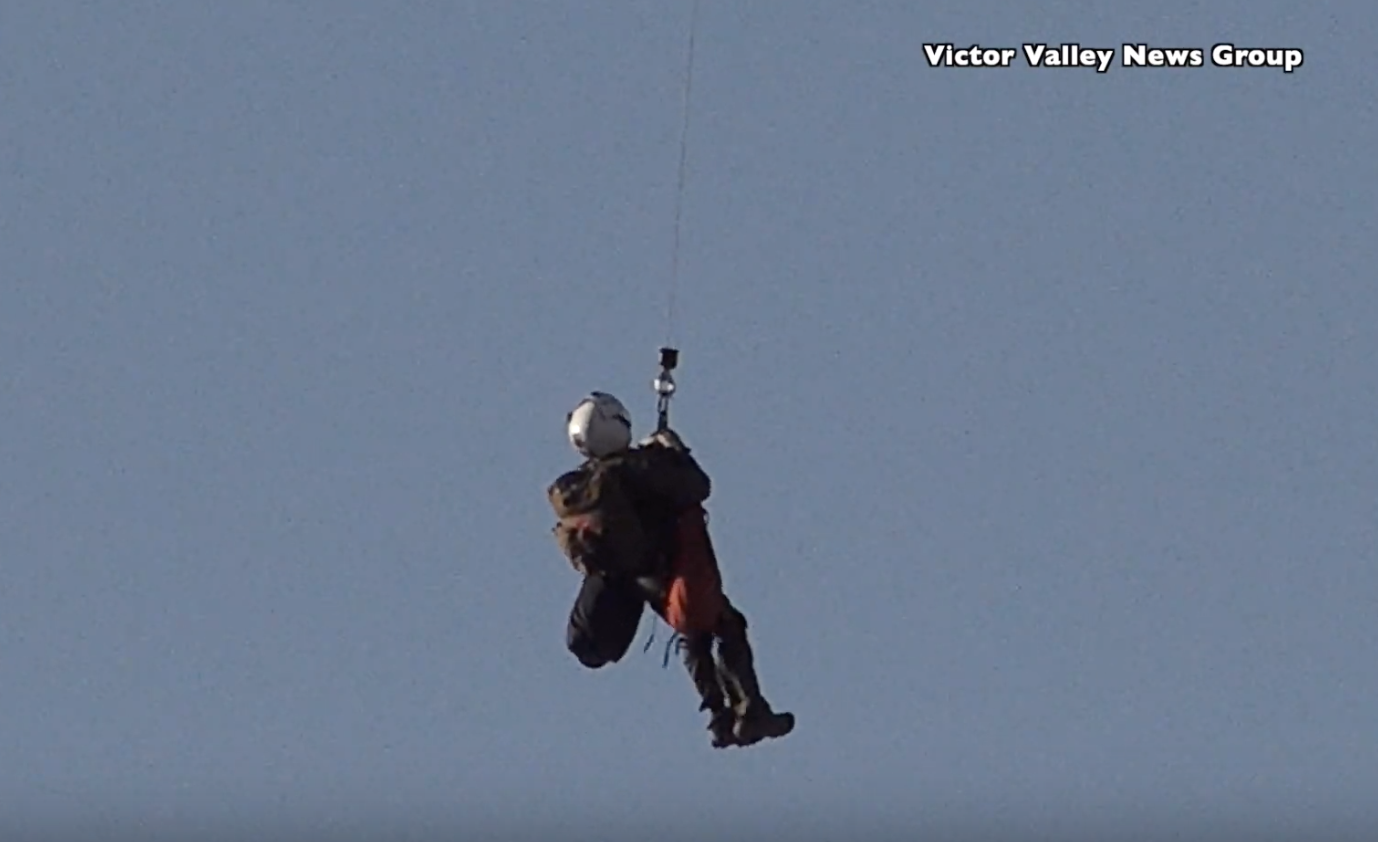 At about 8:30 pm, on May 9th, San Bernardino County Sheriff’s Helicopter 40-King-3 was dispatched to assist with locating the victim at Horseman’s Center Park.

Using night goggles, the flight crew located a flashing distress light and located the injured hiker and his girlfriend at the bottom of a steep canyon, officials said.

Due to the location and terrain of where they were located, the crew determined a hoist rescue would be needed.

According to a sheriff’s news release, 40-King-3 hovered above the victim and lowered a Deputy Tactical Flight Officer to the victim. Additional rescue equipment was lowered to the Deputy and with the help of the Apple Valley Fire Department the victim was placed on a backboard and moved out of the canyon.

40-King-3 returned and hoisted the victim, a 31-year-old man Riverside man to the helicopter. He was flown to Apple Valley Airport to a California Highway Patrol Helicopter with a paramedic on their crew.

Due to his injuries, he was transported by CHP Helicopter to Loma Linda Hospital for further treatment of non-life-threatening injuries.

The crew returned to the location and hoisted the Deputy up to the helicopter.