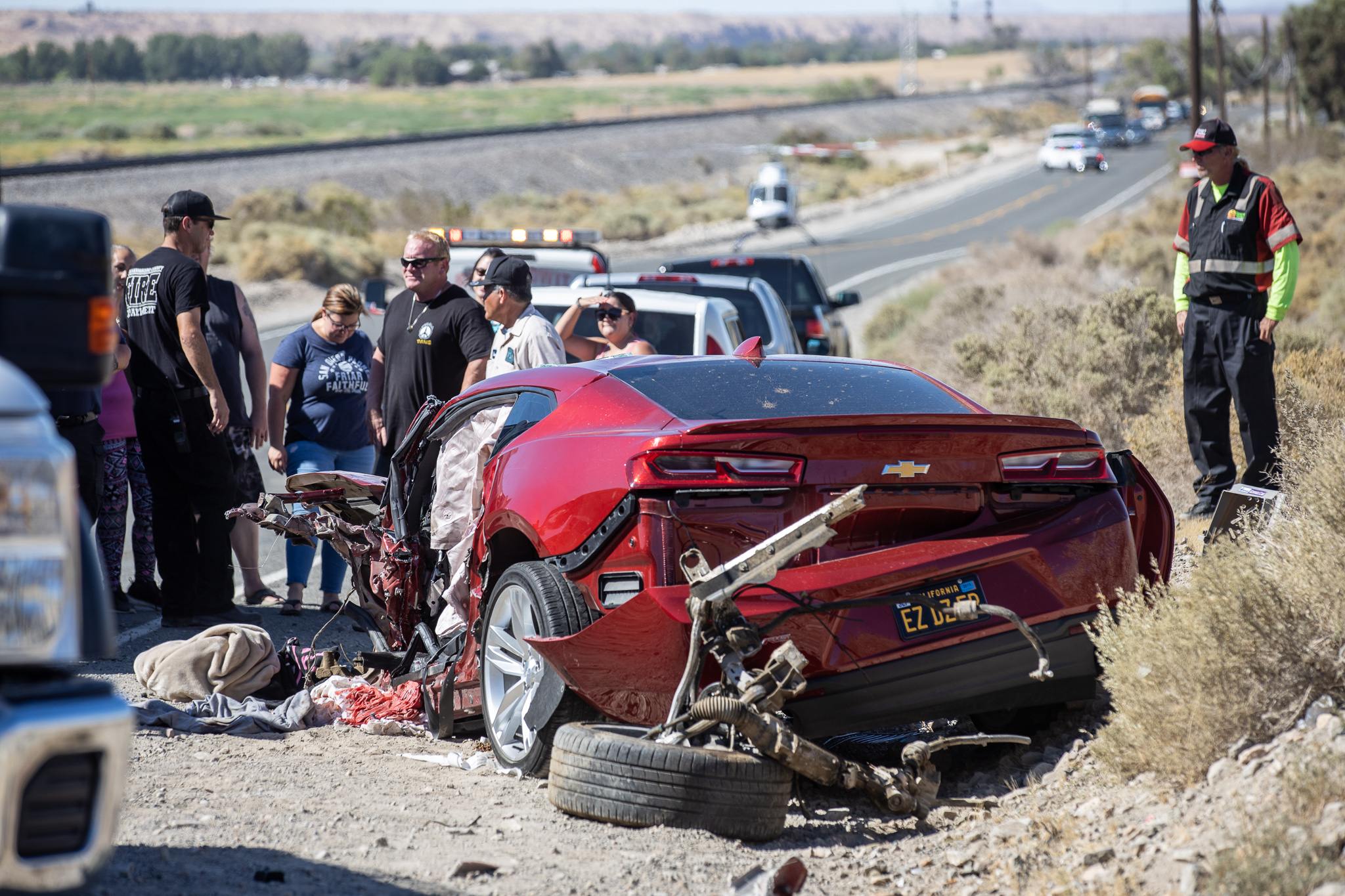 On August 19, 2019, at about 2:49 pm officers from the California Highway Patrol responded to a two-vehicle traffic collision in the area of National Trails Highway and Mill Street.

According to a CHP news release, a 60-year-old Victorville man was driving a 2017 Mack truck/trailer southbound at a stated speed of 55 mph. A 69-year-old woman from Helendale was in a red 2016 Chevy Camaro traveling northbound at an unknown high rate of speed.

For reasons still unknown, the woman allowed her vehicle to travel across the solid double yellow lines, causing the front of her Camaro to collide into the front left of the Robertson’s cement truck. The Chevy came to rest after colliding into a dirt berm on the north dirt shoulder of the highway.

CHP officials said that despite life-saving efforts from emergency personnel, the driver succumbed to her injuries. The woman’s small dog was also killed in the crash.

A small dog kennel was placed on the outside of the mangled wreck.

The 69-year-old woman’s identity has not been released. Drug or alcohol are not suspected to be a factor in this crash, officials said.

Anyone with information about the crash is asked to contact Officer C. Brasil with the Victorville CHP at 760-241-1186.