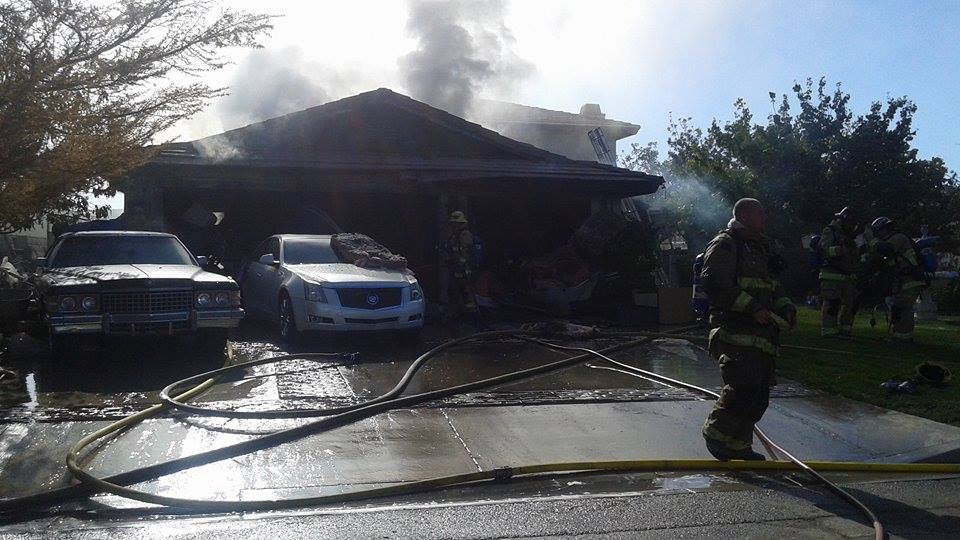 HELENDALE-(VVNG.com):  Two were injured in a Friday morning Helendale blaze reported at 8:55 a.m. San Bernardino County Fire Department officials arrived to the scene to find the garage and entry of the home fully engulfed.

Per scanner traffic, one man was badly burned and a deputy suffered from smoke inhalation. San Bernardino County Fire Officials said that the fire was extinguished by 10:00 a.m.

The house sustained major damage, a car and motorcycle were also destroyed as a result of the fire. No other injuries were reported. A Fire Department investigator was called to the home to determine the cause of the fire.

A family member of those that lost their home in the fire is asking for the public’s help to take some of the financial stress off of the family. They have started a go fund me account for the family.