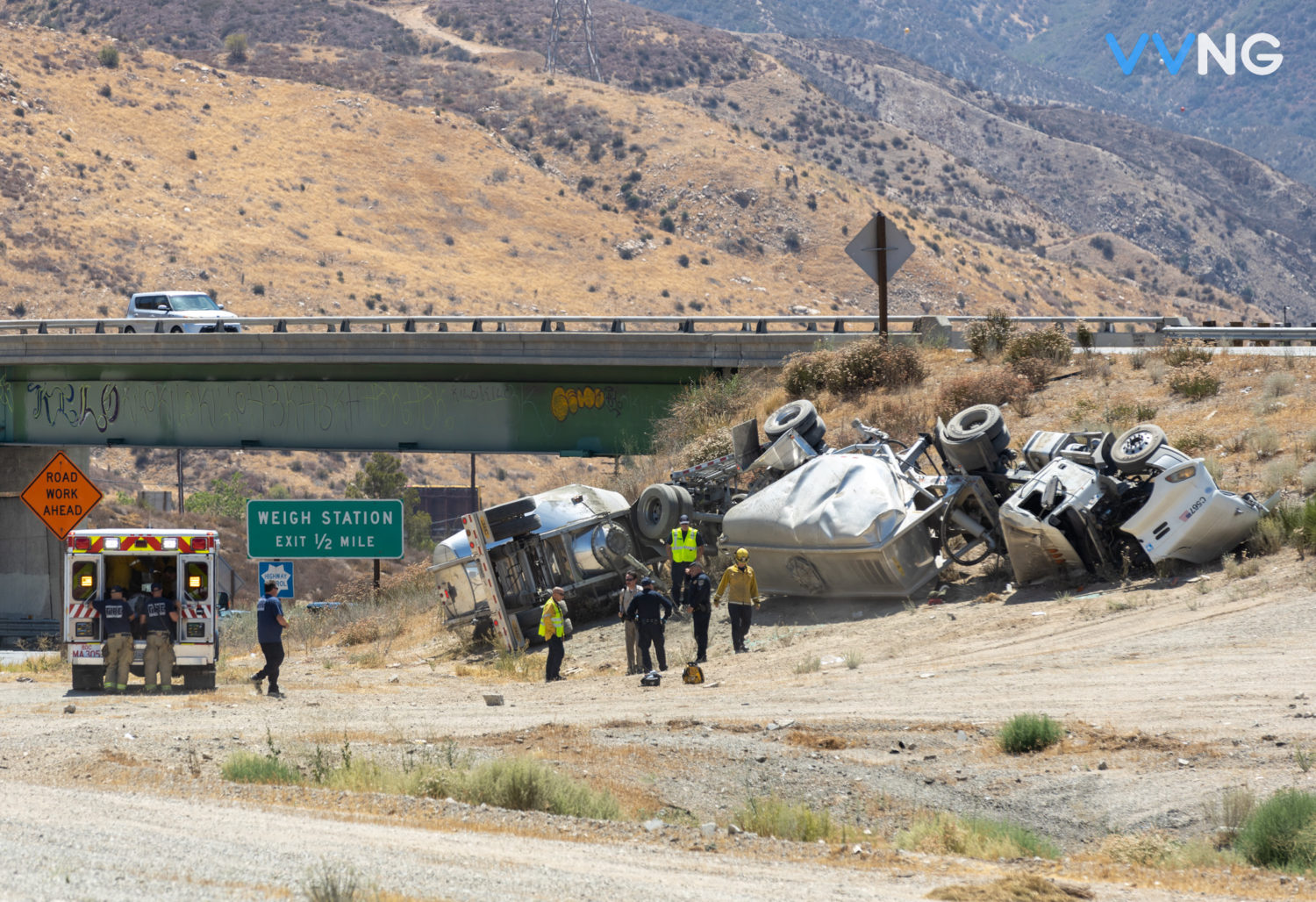 CAJON PASS, Calif. (VVNG.com) — Two separate crashes along the southbound I-15 are creating major delays for people heading down the hill on Monday.

The first crash was reported at 11:00 am, at the Highway 138 off-ramp and involved an overturned semi carrying double-trailers loaded with ducting, according to the California Highway Patrol incident logs.

According to a witness, the semi lost its brakes just after the driver passed the brake check area in the Cajon Pass. Unable to stop, the driver pulled the rig to the right dirt shoulder of the Highway 138 on-ramp, where the rig overturned and came to a stop along a hill.

The driver was helped out of the damaged cab by San Bernardino County Firefighters and transported by ambulance to a hospital. He was injured but alert at the time of transport.

At 12:07 pm, a pregnant woman in a vehicle was rear-ended just south of the Highway 395 overpass in Hesperia. The impact caused a blue Chevrolet to overturn and a silver Toyota Camry to face the wrong way on the freeway. A white van also appeared to have been involved in the crash.

The incident required a temporary closure of the no.1 and no.2 lanes and as a result, caused southbound traffic to back up to Bear Valley Rd. Mariposa Road was also congested as motorists exited the freeway in an attempt to bypass the near-standstill traffic. Northbound traffic near the scene of the crash was also affected. No major injuries were reported and at least two people were transported by ambulance from the crash.

Both collisions are under investigation by CHP and additional information will be updated as it becomes available.