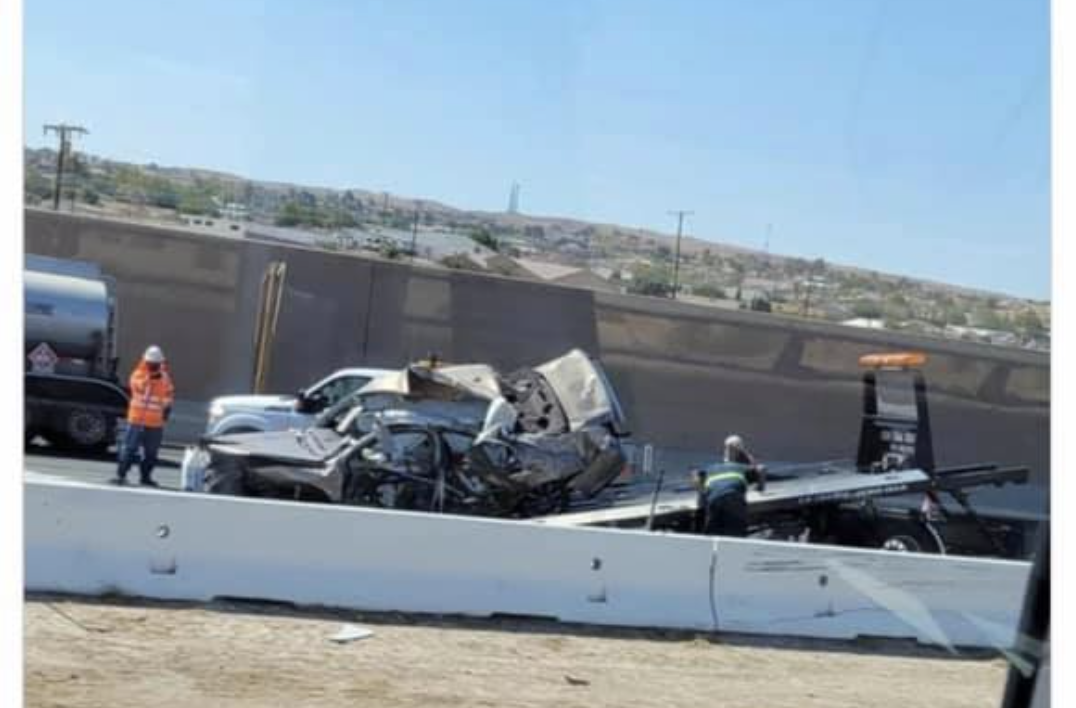 BARSTOW, Calif. (VVNG.com) — A fatal traffic investigation on the northbound I-15 freeway in Barstow has brought traffic to a standstill Wednesday.

At approximately 7:12 am, on July 7, 2021, California Highway Patrol dispatch received reports of a crash near L Street with one person ejected.

According to the incident logs, a gray sedan traveling south crashed into the center divider and overturned into the northbound side, blocking lanes.

Barstow Fire responded and located one person laying on the ground and pronounced them deceased at the scene. Caltrans was requested for a hard closure and the San Bernardino Coroners office was advised to respond.

At about 10:05 am, Barstow Fire was called back to the scene to assist with extrication, according to the logs. Several minutes later a separate crash was reported about 200 yards away involving two vehicles.

At this time, it’s unknown how many victims were killed in the collisions. CHP is still investigating and additional information will be updated when it becomes available.