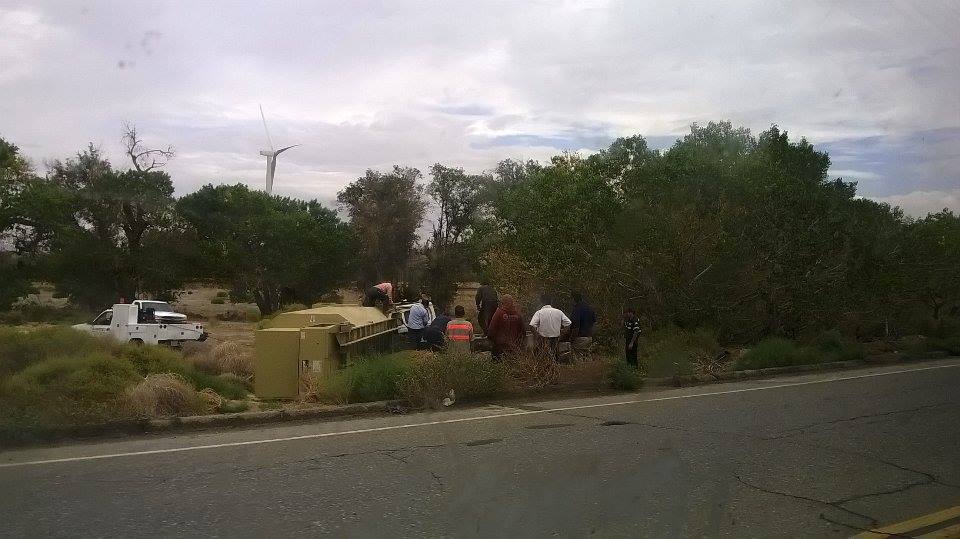 VICTORVILLE:(VVNG.com)- Sheriff’s dispatch received a call reporting a traffic collision with a vehicle over the roadway in the area of National Trails Highway approximately 1/2 mile east of Air Expressway.

Per scanner traffic, the call was made at about 1:30 p.m., on Monday reporting that a vehicle described as a large truck with a container had gone off the roadway.

CHP helicopter H80 was called in to assist Firefighters and AMR with aerial support. No injuries have been reported and no other vehicles were involved.

At this time the exact cause of the accident is unknown. More information will be updated as its received.