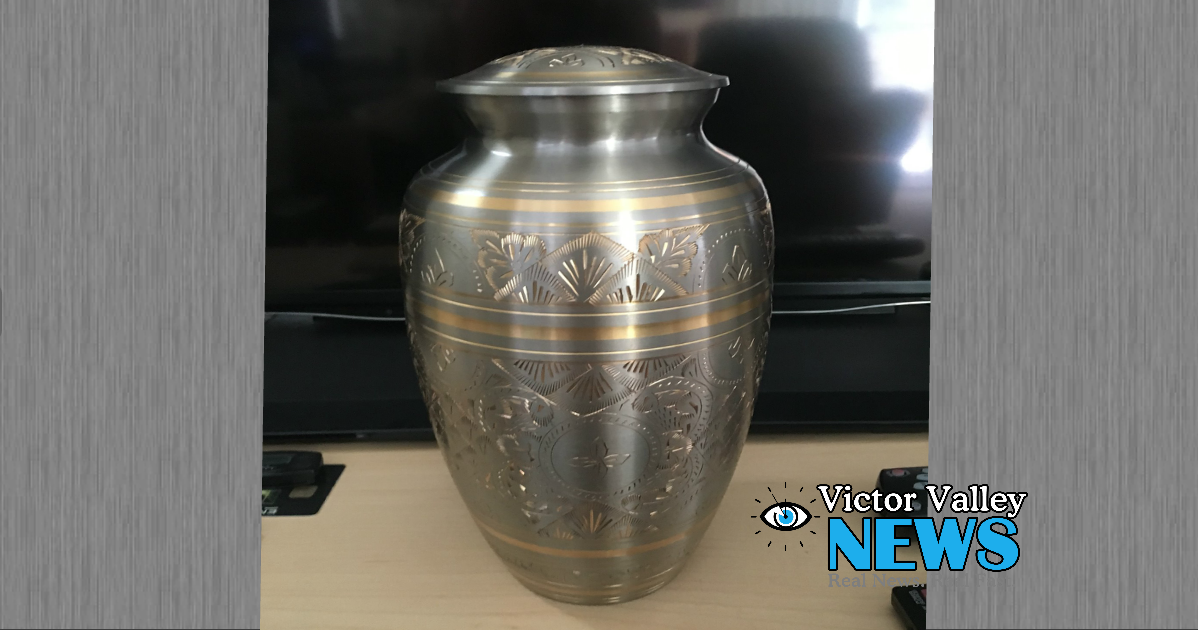 BARSTOW, Calif. (VVNG.com)– It’s been a traumatic weekend for the Fiddler family, who will be leaving the High Desert heartbroken after her husband’s ashes, which were stolen over the weekend in Barstow, remain missing.

Cathy Fiddler and her daughter, Holly, issued a desperate plea for help Monday after she discovered her U-Haul trailer with all her material belongings, which contained the ashes of her late husband, Bart, had been stolen from a hotel parking lot during the night.

Planning to head to her new home in Santa Clarita on Monday morning, the tearful wife is devastated at the idea of leaving without her beloved husband’s remains.

“It’s like losing him all over, but we don’t even have his body anymore,” she said. “He’s lost somewhere out there. I just feel kind of empty.”

Cathy, along with her dad, had stayed in Barstow overnight after traveling from Albuquerque, New Mexico during their move from Iowa to Santa Clarita.

Staying at the Sleep Inn located at 1861 W. Main Street, Cathy said she and her dad had gone to bed exhausted. They were only there for one short night when Cathy said they woke up and noticed the U-Haul trailer was gone.

“We woke the next morning and ate breakfast,” she said. “We then went out to get in the car and I noticed the trailer was gone and I asked dad if he moved the trailer and he said no. I immediately started bawling.”

Inside the trailer were Bart’s ashes, along with everything she owns, from clothing to furniture and family memorabilia.

“Hopefully they do the right thing and we can recover him, I just want the ashes back, everything else could be replaced,” the distraught wife said.

The family suffered the heartbreaking loss of Bart back in July, when he died after a two-year battle with cancer, leaving behind his wife and four children.

After making a report to the hotel they contacted the Barstow Police and the police said they located the trailer, but it was completely wiped clean.

The urn is stainless steel with gold-colored edging. It contained a removable name tag and a picture inside a locket.

Anyone with information is asked to call Barstow Police Department at (760)255-5111.