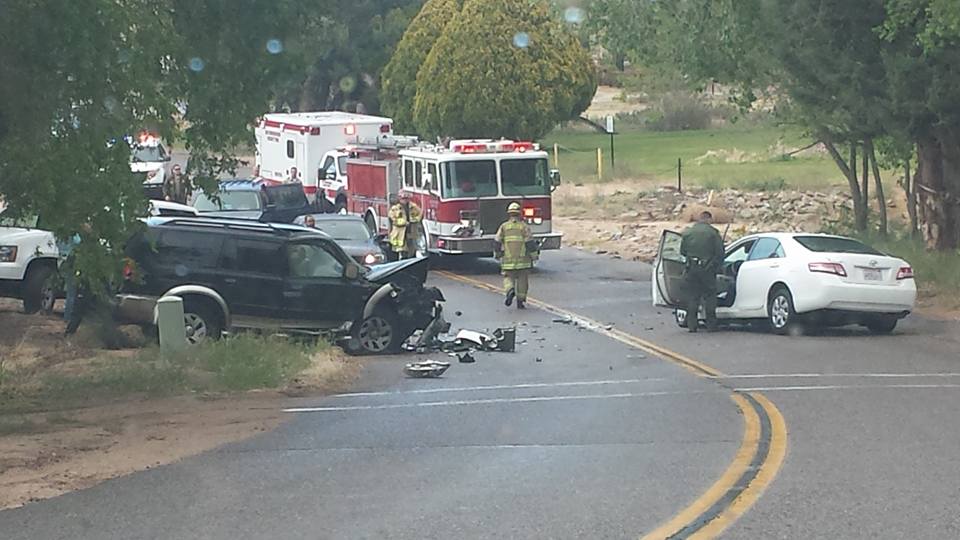 HESPERIA:(VVNG.com)- Police responded to a report of a head-on traffic collision at Peach Avenue and Orange Street in Hesperia. The two-vehicle crash involving a white Toyota Camry and a black SUV was reported at 3:24 PM, on Tuesday, March 29, 2016.

Per scanner traffic, one person was reportedly trapped inside of the vehicle and requiring extrication. Upon arrival, first responders determined there was a total of three patients, including two delayed, one immediate and no extrication was required.

The head-on crash occurred where the roadway curves on Peach Avenue just south of Centennial Street next to the Hesperia golf course. The area is seeing some light rainfall however, it’s unknown if the rain was a contributing factor in the crash. At this time, the official cause of the accident remains under investigation.