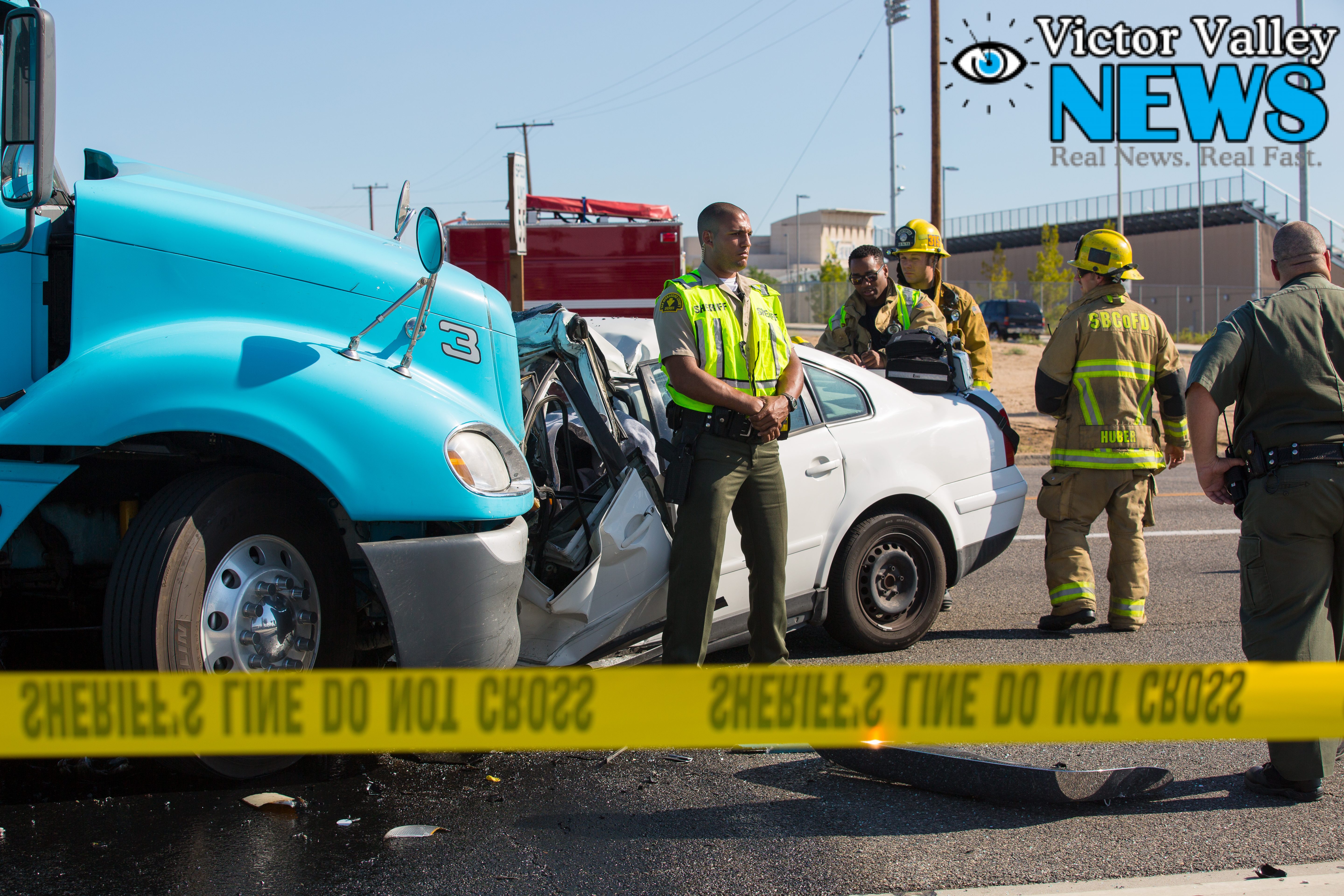 VICTORVILLE:(VVNG.com)- A traffic collision in Victorville left a man in his early 20’s dead after his vehicle collided head-on with a tractor-trailer at high speeds.

For unknown reasons a white sedan traveling eastbound on Palmdale Road crossed over into westbound lanes and cut through two vehicles waiting at a red light. The sedan collided head-on into the tractor-trailer killing the driver instantly and sending a passenger to a trauma center.

The 14-year-old passenger in the vehicle was airlifted to Arrowhead Regional Medical Center with serious injuries.

“We were sitting at the red light (heading westbound) when I saw car go in between my car and the Altima next to me. I saw the man’s face and he just couldn’t stop. I looked back and he slammed into the semi-truck,” stated a Jackie Greene.

Another witness by the name of Margaret was in the left turn lane in the east direction on Palmdale Road waiting to turn onto left Cobalt when she noticed the white car going through the red light at about 70 miles per hour. “I saw him flying past me, and I was shocked when I saw it. I said how is he going to do it, because it was a red light. He went flying right in between the cars at about 70 miles per hour and then right into the truck and never stopped or slowed down.”

Family of the victims arrived on scene were visibly distraught after seeing the mangled vehicle.

The collision occurred at the intersection of Palmdale Road and Cobalt Road on Thursday, July 23, 2015 at about 4:20 P.M. Palmdale Road is closed in both directions between Cobalt Road and Amethyst Roads for an unknown amount of time.

The driver of the tractor-trailer was complaining of pain and was evaluated at the scene by firefighters.

At this time the official cause of the accident is under investigation. The identity of the driver will be released pending notification of next of kin.