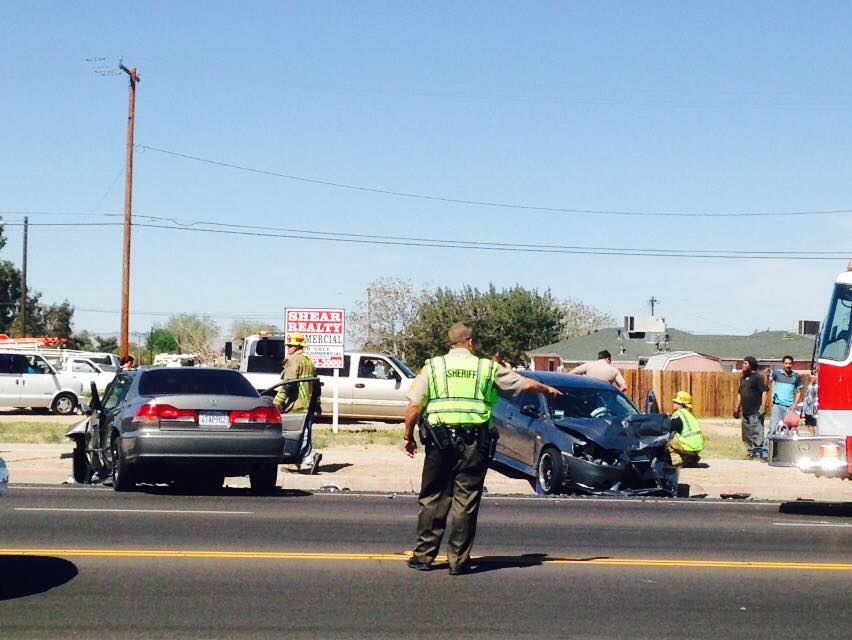 HESPERIA:(VVNG.com)- Two vehicles were involved in a head on traffic collision on Main Street near Second Avenue at approximately 2:20 P.M., on Sunday, March 29, 2015.

According to scanner traffic, one occupant in the vehicle was trapped but was able to get out without requiring an extrication. Following the crash a female could be seen on the ground next to one of the vehicles.

Two ground ambulances were requested to transport two patients to Desert Valley Hospital and Arrowhead Regional Medical Center. No information on the type of injuries sustained was immediately available.

The vehicles involved are a Honda Accord and a Mitsubishi Lancer and both sustained major front end damage. Traffic on Main Street near the incident was reduced to only one lane causing traffic to back up.

At this time the cause of the accident is unknown. Please check back later for more details as they become available. 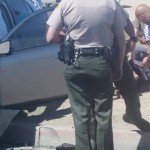 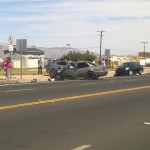 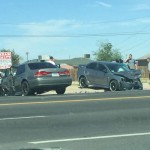