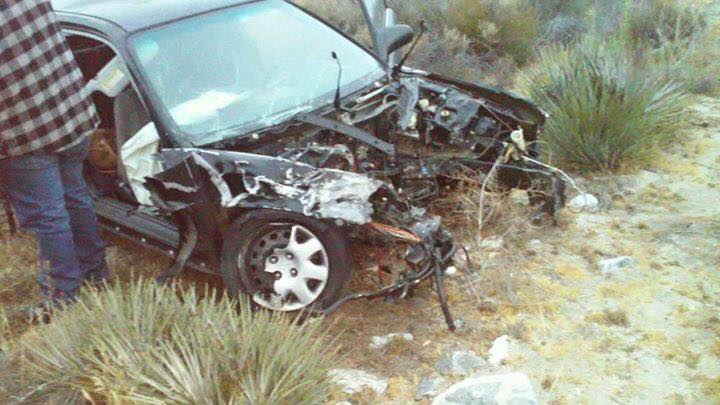 WRIGHTWOOD-(VVNG.com): Just before 6:00 a.m. on Sunday, May 17th a head on traffic collision with extrication was reported on State Route 138 near Hess Road in Wrightwood.

When deputies arrived they found a 19-year-old female being administered CPR by a commuter that stopped to help.

“My girlfriend works for Patton, she was on her way there and a Civic came up and almost crashed into her she moved over about a mile later the civic crash into a vehicle head on.  She stopped, got the driver to wake up and asked if there were passengers he said yes,his girlfriend. Well, the door of the car was gone and my girlfriend started to look around and she found the girl curled up in a ball in the bushes,” said a witness.

The 19-year-old woman was pronounced dead on arrival shortly after.

“The girl flew out of the car so hard she broke a sign, she was in the Civic,” the witness continued to say.

The condition of the remaining four victims was changed to immediate and they were transported for major injuries. There were two passengers in the black Honda Civic and three passengers in the white Chevrolet Avalanche at the time of the collision.

The road will be closed for 2-4 hours for the M.A.I.T. (Major Accident Investigation Team) investigation and for the road to be cleared. No further information is available at this time, information will be updated as it is received.