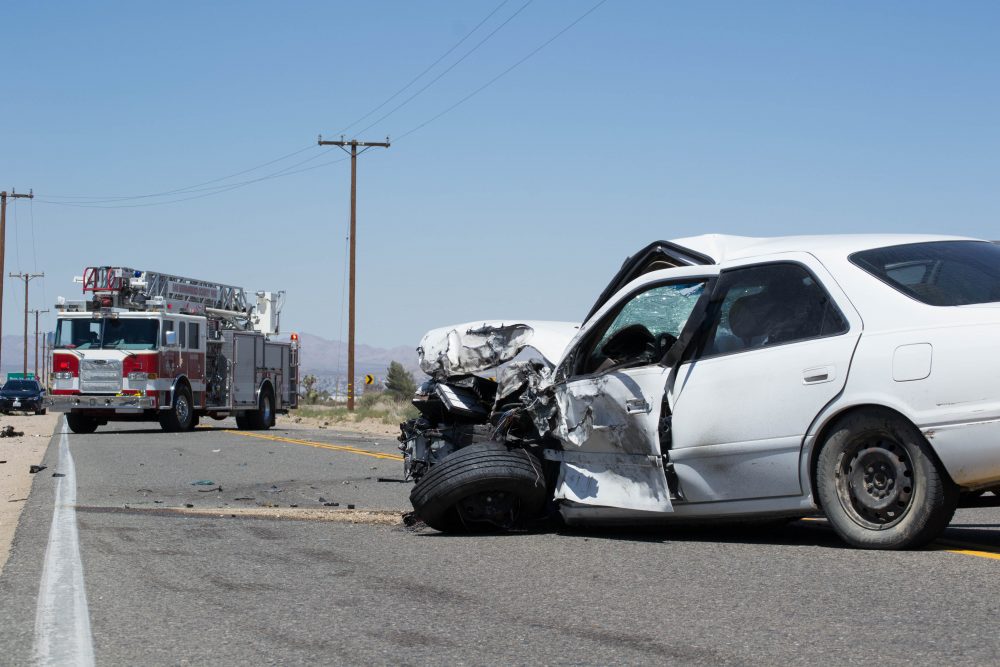 HESPERIA:(VVNG.com)- San Bernardino County Fire responded to a head-on traffic collision with extrication on Monday afternoon. The crash was reported at 1:40 PM, on Mariposa Road north of Mesa Street near the S curb.

Upon arrival, they discovered two vehicles, a Toyota Camry and a Ford F-350 with moderate damage. All occupants were out of the vehicles and no extrication was required.

For unknown reasons, the two vehicles collided head-on. The impact caused the truck leave the roadway and crash through a chain link fence, into a drainage ditch along the northbound 15 freeway.

The two occupants of the Camry were checked out by medical personnel at the scene but were not transported for any injuries. The male driver of the Ford was not injured in the crash.

CalTrans responded to repair a portion of the fence that was damaged during the crash.

At this time, the cause of the accident remains under investigation by the Hesperia Sheriff’s Station. 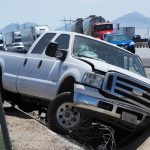 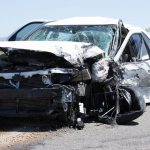 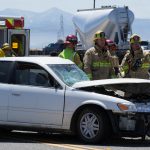