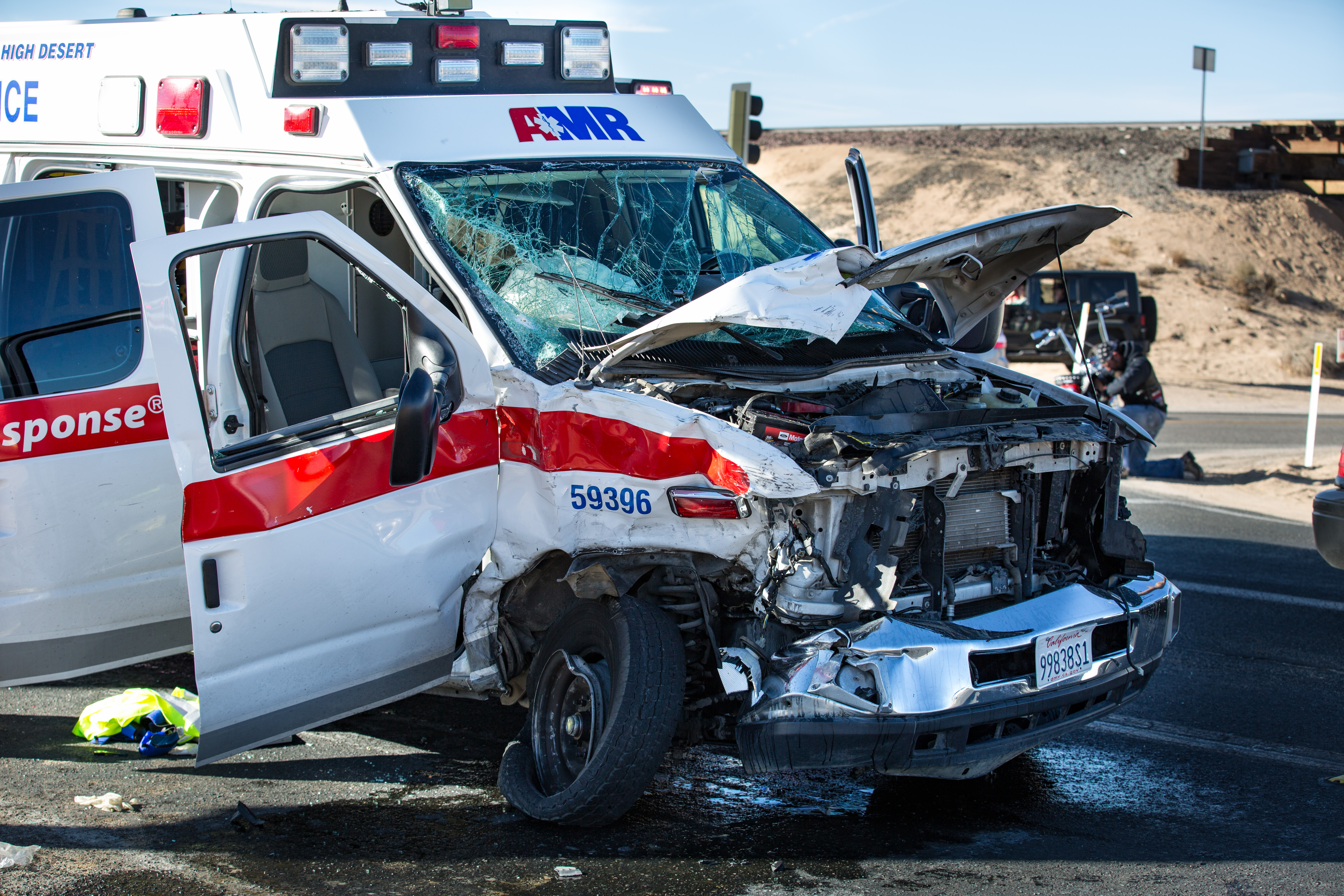 APPLE VALLEY, Calif. (VVNG) An ambulance and an SUV collided head-on Sunday afternoon causing one person to be airlifted.

The crash was reported at 1:23 p.m. involving a black Chevy Tahoe and an American Medical Response (AMR) ambulance, at the intersection of Deep Creek Road and Rock Springs Road.

The ambulance was traveling southbound on Deep Creek Road with lights and sirens responding a medical emergency when it made a stop prior to entering the intersection.

Several cars approaching the intersection yielded and pulled to the side of the road, however, the driver of the Tahoe failed to yield and went around the stopped vehicles colliding into the ambulance.

The driver of the Tahoe, described as a Hispanic male adult wearing a black t-shirt, exited his vehicle and fled the scene northbound on Deep Creek Road.

The speed of impact was estimated to be approximately 50 MPH, per witness statements.

Extrication was initially requested for the passenger of the ambulance. However, after a follow-up conversation the Fire Chief Sid Hultquist of the Apple Valley Fire Protection District, it was determined the request was canceled.

The driver of the ambulance sustained minor injuries and was transported to Arrowhead Regional Medical Center by ground ambulance. The passenger was flown out with a head injury to a trauma center but is expected to be ok, according to Fire Chief Sid Hultquist of the Apple Valle.

Per scanner reports, the Tahoe was reported stolen out of Apple Valley.

The cause of the accident remains under investigation, and it’s unclear if the driver has been located.