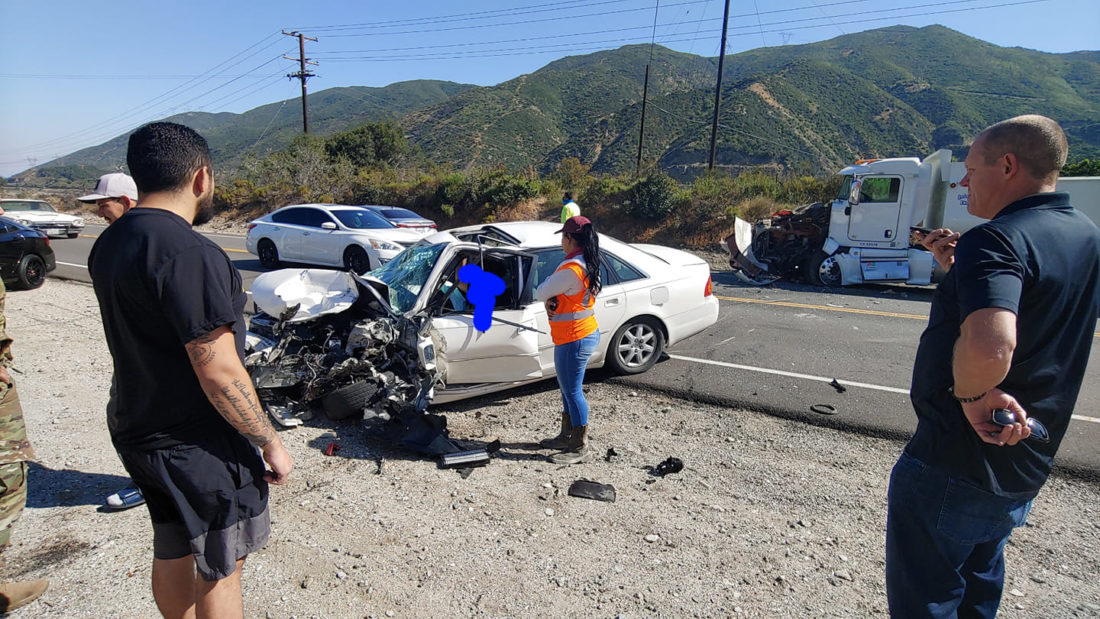 Firefighters had to extricate the driver of a white sedan. (Photo by Matt Fuller)

CAJON PASS, Calif. (VVNG.com) — A head-on crash involving a vehicle and a dump truck prompted authorities to shut down a stretch of Route 66 in the Cajon Pass.

Matt Fuller, a resident of Apple Valley, said the crash happened in front of him and described it as an explosion. According to Fuller, a male in his mid 20’s was driving the white sedan when for reasons still unknown, he swerved and went head-on with the Super-10 Dump truck.

“It was one of the worst accidents I’ve ever seen in person,” stated Fuller. Fuller said the driver in the sedan was trapped and injured very badly but alive.

San Bernardino County Fire responded to the incident and extricated the driver from the vehicle. He was transported to a hospital with unknown injuries.

Officers from the California Highway Patrol are handling the investigation. Additional information will be updated as it becomes available.

Related Topics:accidentcajon pass
Up Next