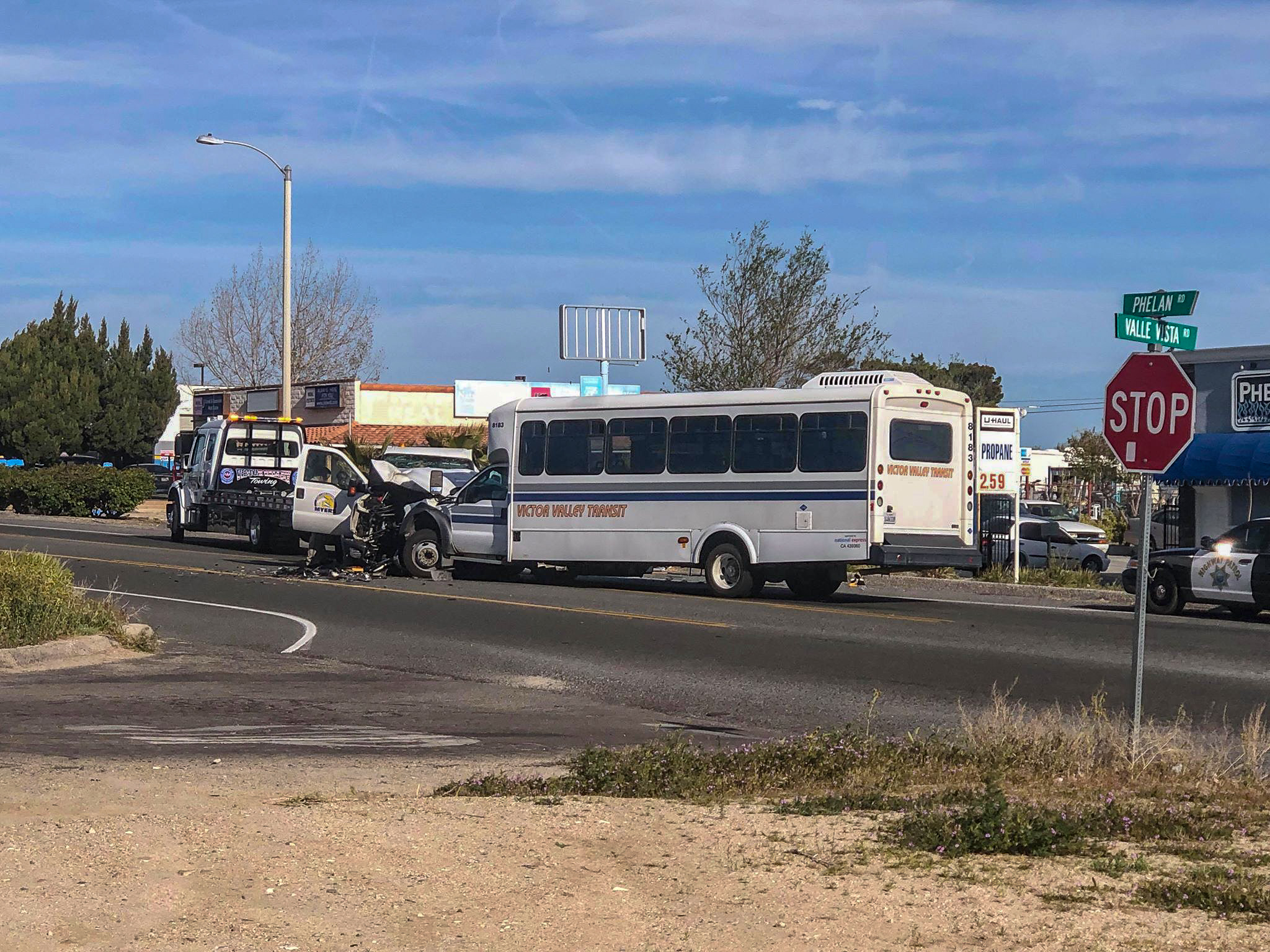 PHELAN, Calif. (VVNG.com) — A pick-up truck and a small city bus were involved in a head-on traffic collision in the community of Phelan early Monday morning.

It happened at about 7:30 am, on Phelan Road and Valle Vista and involved a white Ford F-350 and a small Victor Valley Transit Bus.

According to California Highway Patrol Officer Mike Mumford, the driver of the pickup received a broken femur and the transit bus driver sustained minor injuries.

“There were no passengers aboard the transit bus at the time of the collision,” stated Mumford.

The cause of the accident is currently under investigation by the Victorville CHP station.