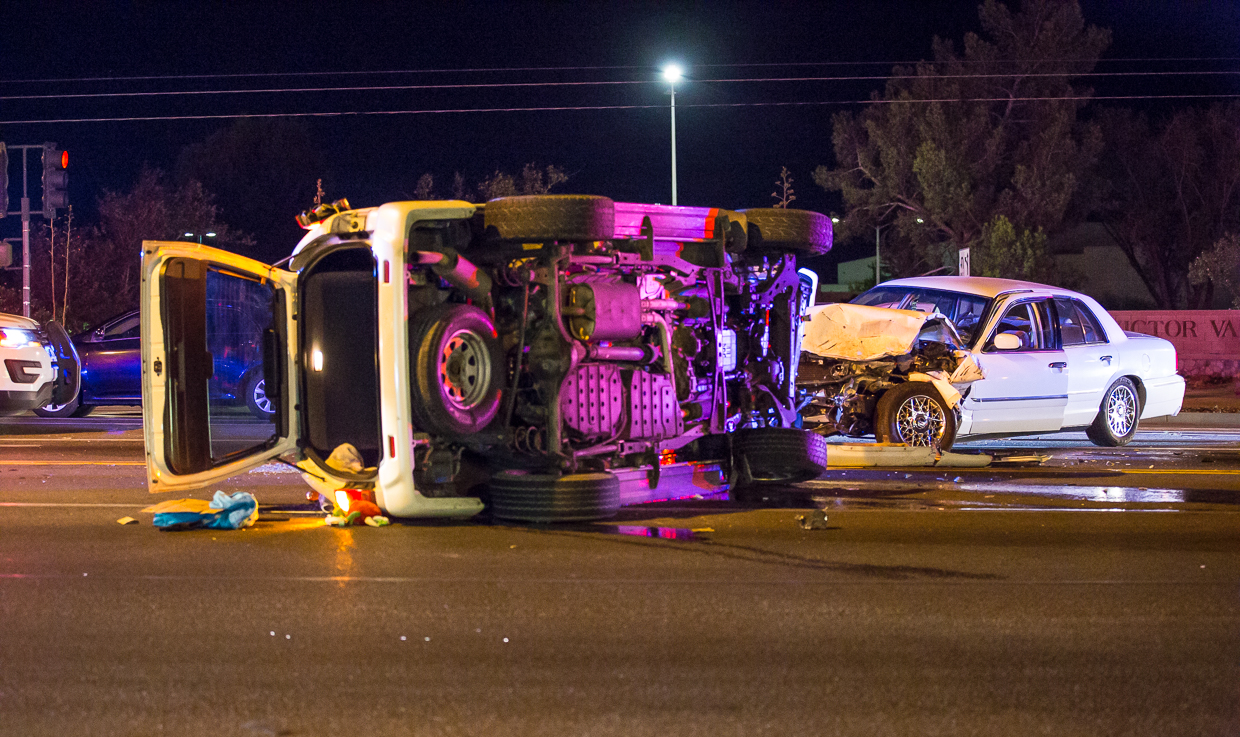 VICTORVILLE, Calif. (VVNG.com) — A woman was transported to a hospital following a head-on crash in Victorville Sunday night.

According to witnesses, the female driver of a white Nissan Pathfinder SUV was traveling eastbound on Bear Valley Road when for unknown reasons, she crossed into westbound lanes and struck a white Mercury Grand Marquis head-on, which then caused that car to hit a Honda Prelude.

Doug Beezley, the driver of the Grand Marquis, said he had just left the 24-hour Fitness and was on his way home when the crash occurred.

“I was sitting at the light [and was] going to make a left, and this SUV over here was hauling ass coming up the road, and I saw her veering over closer and closer crossing the double line, and I knew she was coming right at me,” Beezley said. “There was nowhere I could go, she slammed into me head on.”

Beasley suffered minor injuries in the crash, including a bloody nose and aching teeth, but emotionally said he was thankful to be alive.

Timothy Lund and his friend Raymond Arnwine were at D&J Market across from Victor Valley College when they heard the crash.

“I look back and we see the SUV in the air, so we ran over and gas was spraying everywhere and it was smoking like crazy. There was a bunch of people around me and we start to pull her out of the window,” stated Timothy Lund.

The two friends said the disoriented woman was wearing an oxygen mask and didn’t want to exit the SUV or leave behind her purse. They eventually were able to get her out through the rear window of the SUV.

She suffered injuries to her head and face and was transported to a local hospital.

The driver of the Prelude, Mike Beagle, and his front passenger Shane Grey told Victor Valley News they were waiting at the stop light to turn left when they found themselves involved in the crash.

“It happened so fast, I saw the SUV hit the car in front of us and thought it was going to flip on top of our car, but then it overturned and the white car was pushed into us,” said Grey, “everything happened in a split second.”

The female driver of the Pathfinder is expected to survive.

Eastbound lanes of Bear Valley Road were briefly closed while deputies from the Victorville Sheriff’s Station investigated the cause of the crash and cleared the roadway. 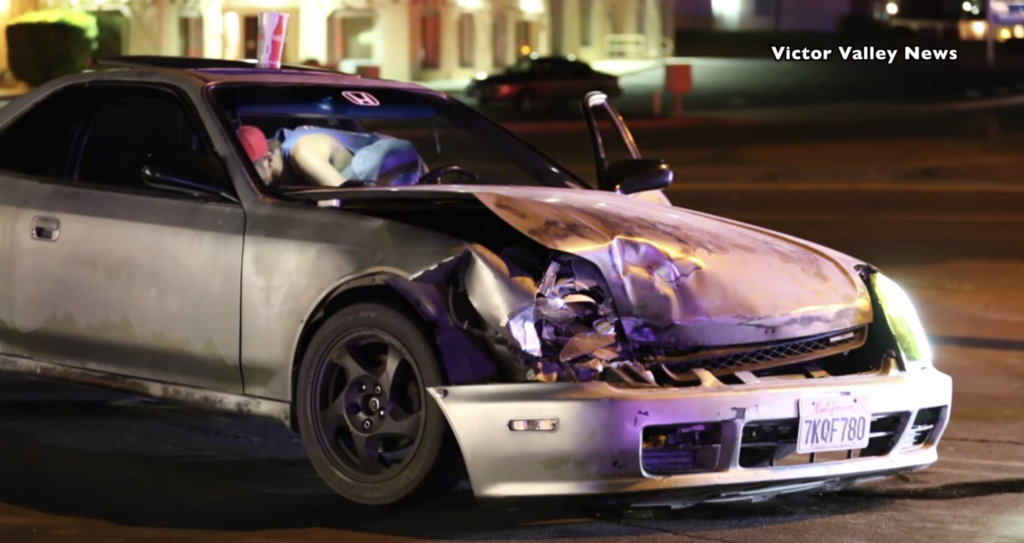