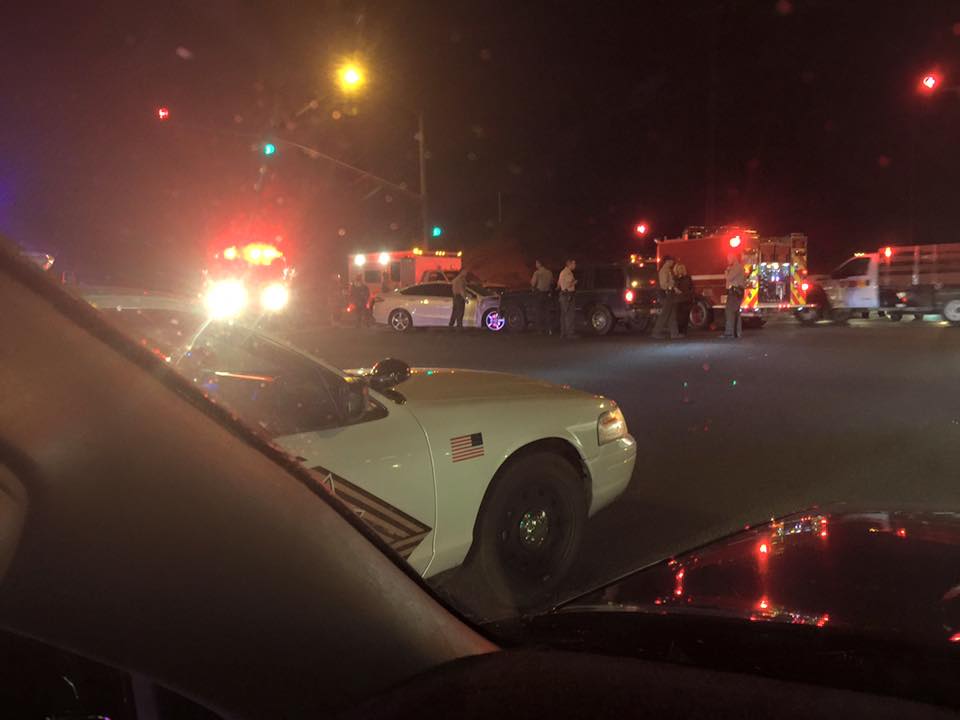 HESPERIA:(VVNG.com)- Dispatch received a report of a head-on traffic collision with extrication at Main Street and Highway 395. The two-vehicle collision was reported at 6:35 P.M., on Friday, March 4, 2016.

Per scanner traffic, the vehicles involved are a white sedan and a Ford Explorer. When firefighters arrived on scene they discovered the two vehicles in the middle of the intersection with moderate damage. One patient was reported to have minor injuries and no extrication was required.

Witnesses reported seeing the SUV running a red light and colliding head-on into the sedan.

The cause of the accident is currently unknown. More information will be updated as it becomes available.