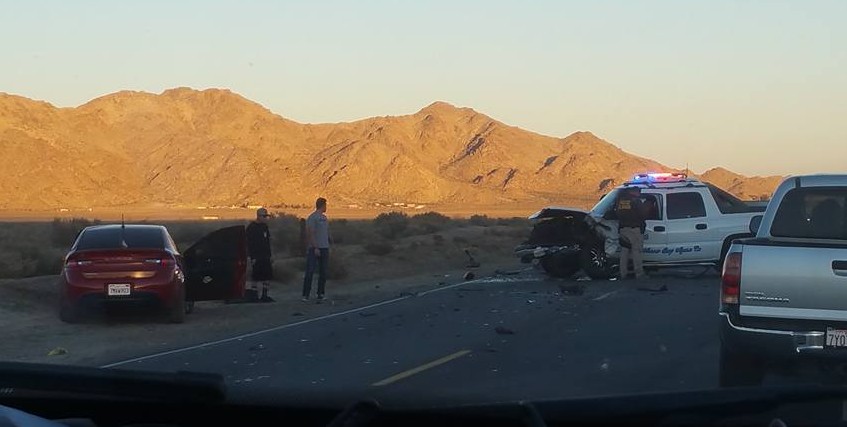 LUCERNE VALLEY:(VVNG.com)- CHP responded to a head-on traffic collision on Highway 18 near Pumalo Avenue. The major damage two-vehicle collision was reported at 4:13 P.M., on Sunday, November 22, 2015.

The vehicles involved were a white Chevy Avalanche and a red Dodge Dart. After the collision the Avalanche was blocking both lanes of traffic. The sedan came to a stop along the shoulder of the two lane highway.

In the photo shared by Victor Valley News member Alexis Dawn Cole, due to the angle of the photo it appears a law enforcement vehicle was involved in the collision. However, the lights seen are from a patrol vehicle parked behind the SUV.

One person was transported to the hospital for treatment of non-life-threatening injuries. At this time the cause of the accident is currently under investigation.

Related Topics:head-onLucerne Valley
Up Next