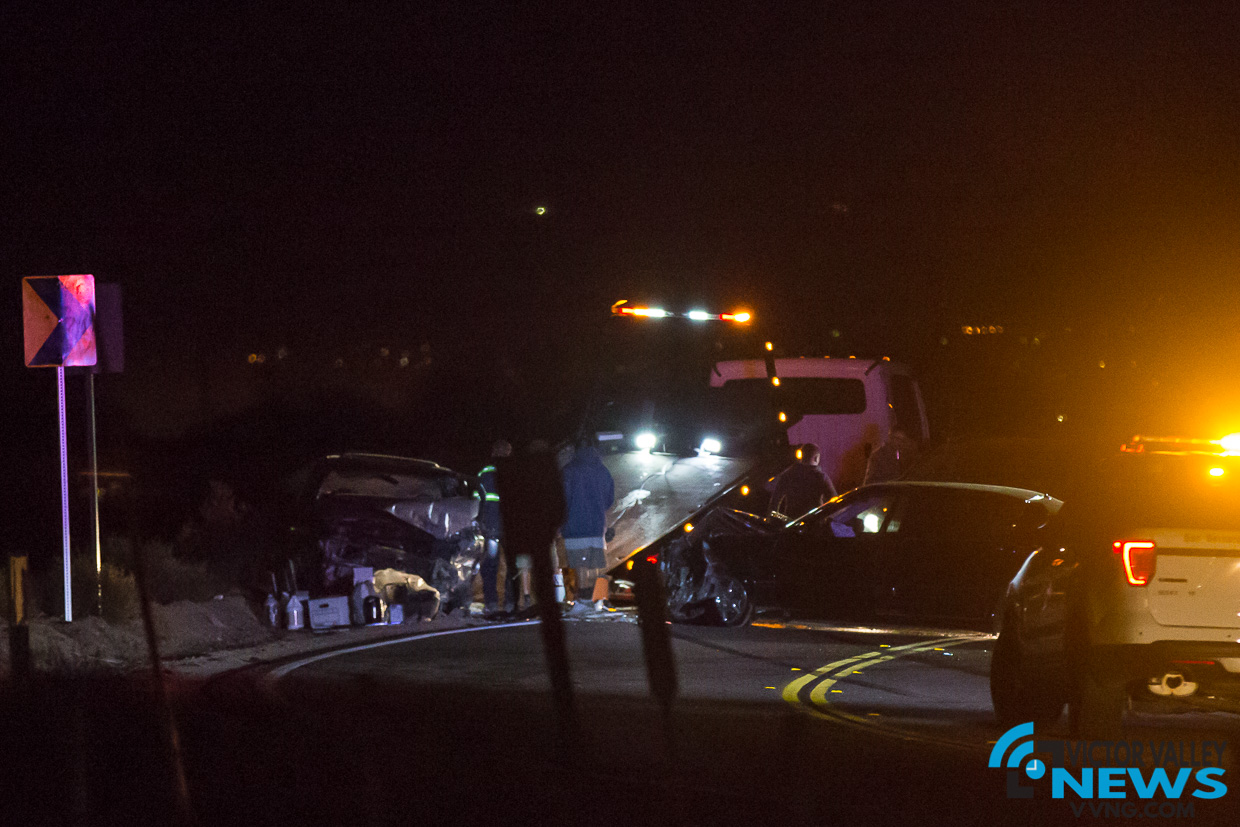 It happened at around 7:52 pm and was reported by a person driving on the 15 Freeway who witnessed the crash.

When deputies from the Hesperia Sheriff’s Station and San Bernardino County Fire personnel arrived on scene, they located two sedans with major damage along Mariposa Road as it curves one mile south of Bear Valley Road.

Per scanner traffic, only one person required treatment for minor injuries and was transported to a local hospital.

A tow-truck arrived shortly after to remove the vehicles from the road which is expected to reopen shortly.

The cause of the crash is currently under investigation by the Sheriff’s Department.