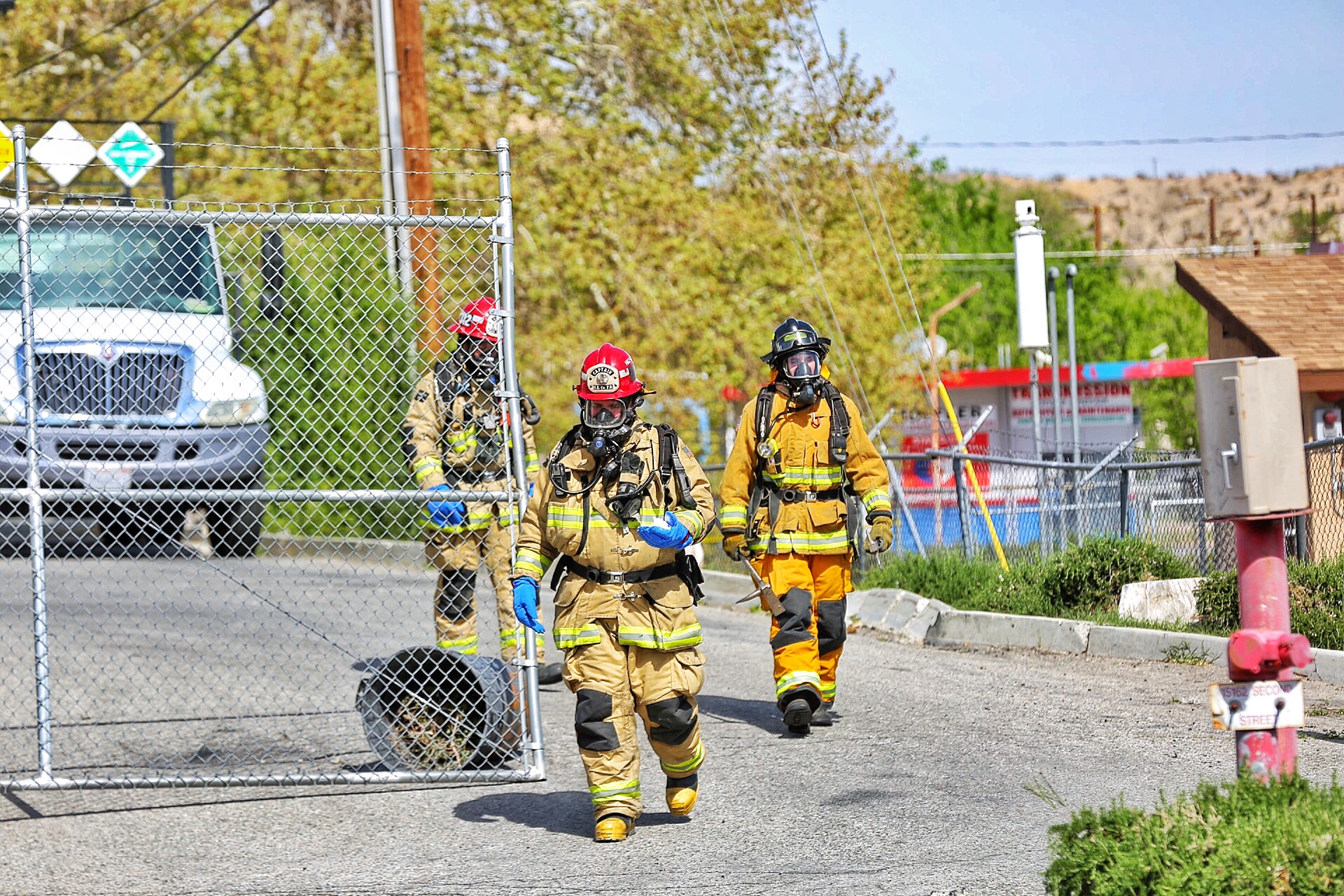 VICTORVILLE-(VVNG.com):  The San Bernardino County Fire Department responded to a call  at around 9:40 a.m. on Sunday, March 27th for the investigation of a “white haze” coming from a welding supply business in the 15600 block of 2nd Street.  The business was closed at the time of the incident.

San Bernardino County Fire Department Cpt. Mike McClintock said, “Units arrived on scene and found an unknown gas coming from the rear and called for a hazardous materials response to investigate and mitigate the leak.”

The Spring Valley Lake Station HazMat 22 responded and located the leak coming from a 500 gallon C02 (Carbon Dioxide) tank. The gas was confirmed to be Carbon Dioxide and crews used specialized gloves and equipment to shut off the leak at the tank at 10:45 a.m., Cpt. McClintock said.

The San Bernardino County Sheriff’s Department responded to shut down streets in that area while crews monitored the air quality to ensure there was no hazard to local residents. Two medic engines, one truck company, one Hazardous Material unit and a battalion chief responded to the call.