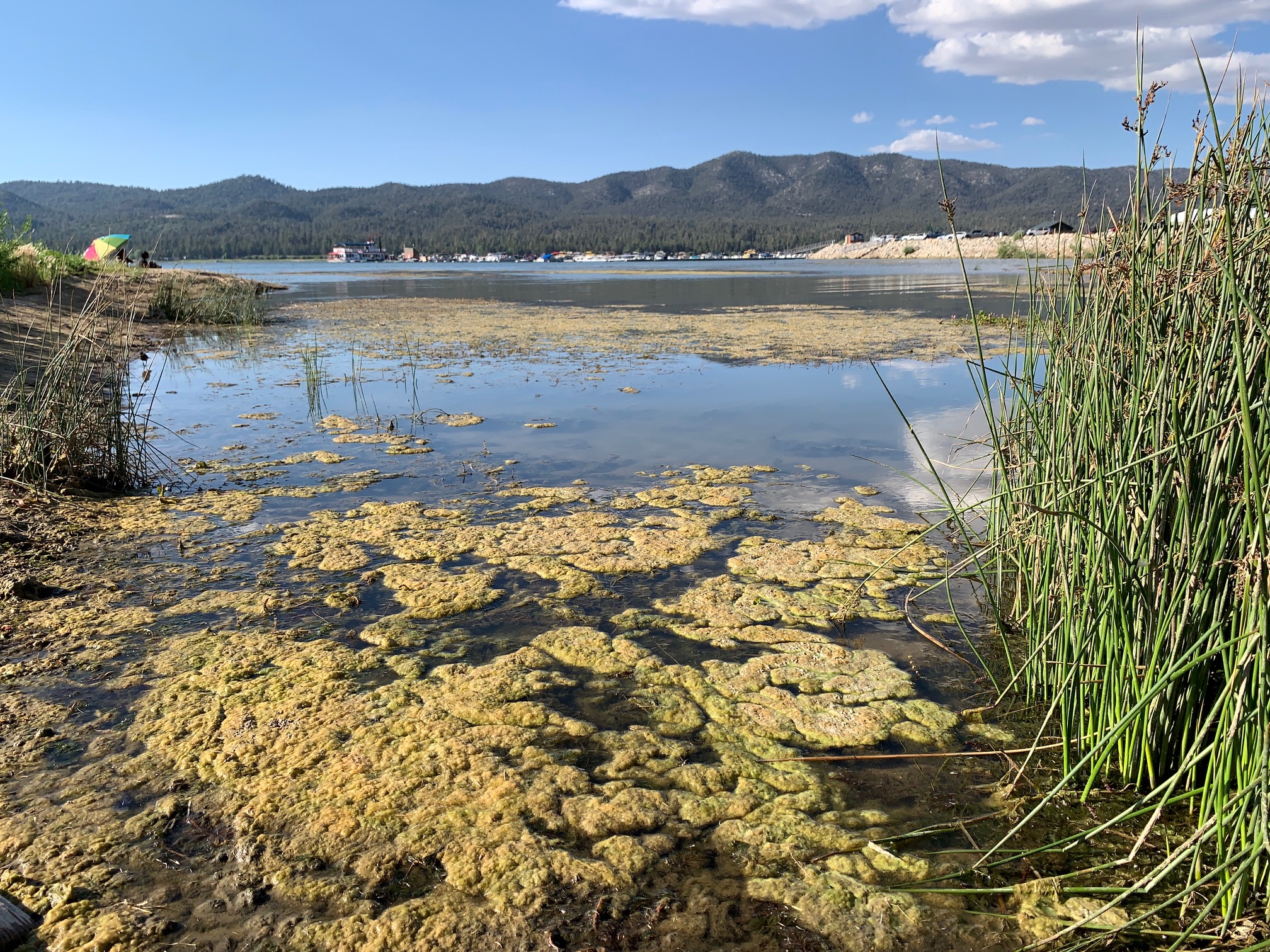 On July 21st, the State Water Resources Control Board and Santa Ana Regional Water Quality Control Board informed water users and dog owners to avoid Mallard Lagoon and the eastern end of Big Bear Lake at Stanfield Cutoff due to a harmful algal bloom (HAB).

The harmful blooms appear as bright to dull-green material near the water surface or floating, sometimes resembling spilled paint. Water contact with algal material and discolored water should be avoided across the lake, stated officials.

Toxins that can cause illness in people and animals were detected in the water near the shore on the western side of Stanfield Cutoff and near the shore at Mallard Lagoon. HABs were also detected at Boulder Bay and North Shore Landing.

State officials said as the bloom continues to grow, cyanobacteria may form thick algal mats or scum on the water surface and accumulate on the shore. “Bloom conditions in the lake can change rapidly, as the flow of surface water and wind may mix, move, or concentrate the bloom into different areas of the lake.”

The bloom is being monitored by the Santa Ana Regional Water Quality Control Board and partner organizations to inform users when the bloom dissipates.

Use the following link to provide information about the suspected or confirmed algal bloom and any related human or animal illnesses. California Freshwater & Estuarine Harmful Algal Bloom Report Form