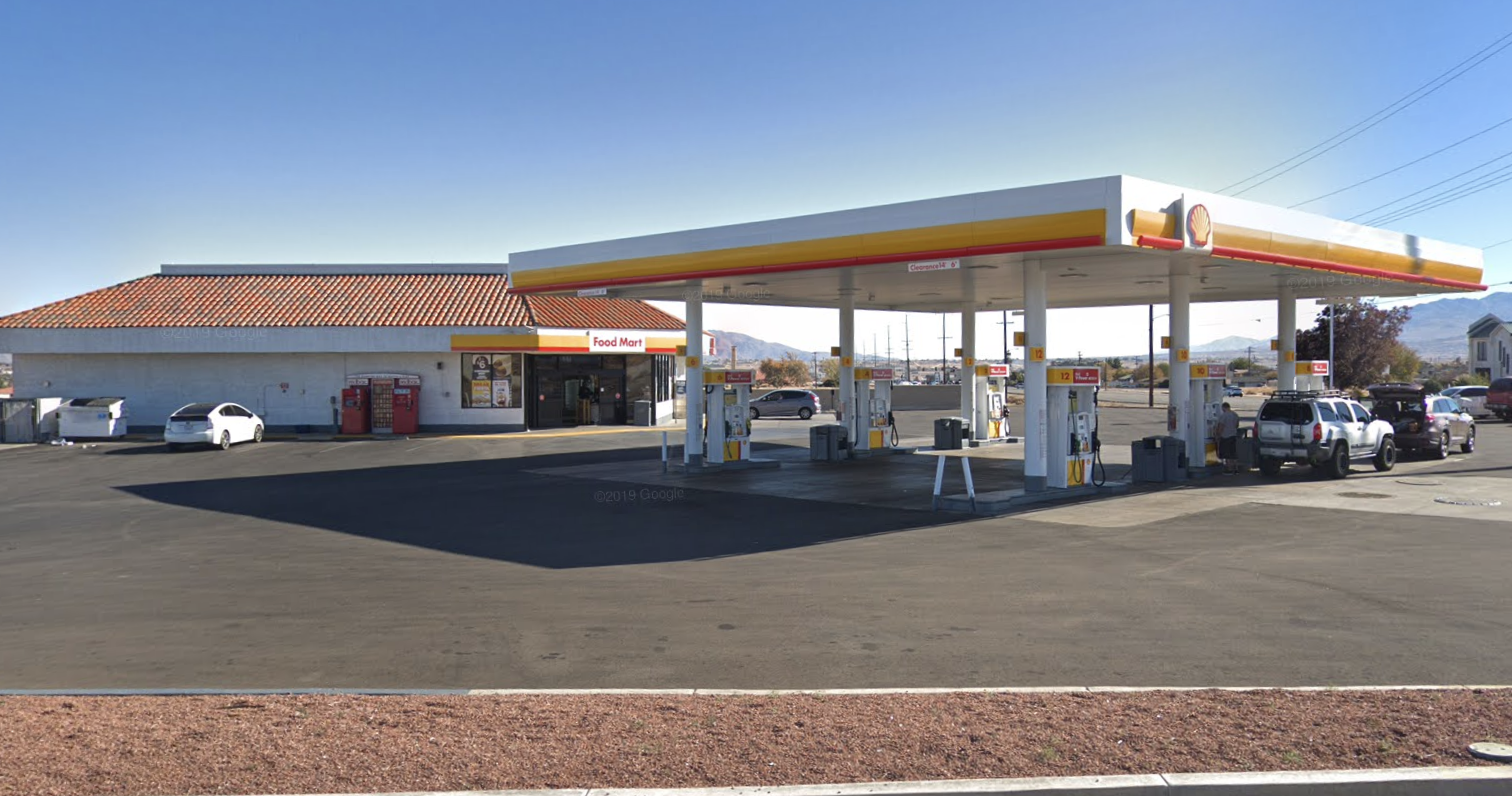 VICTORVILLE, Calif. (VVNG.com) — Police are searching for a suspect who fired at least one round during an armed robbery inside a Shell gas station in Victorville.

“After receiving cash from the registers, the suspect took several packs of cigarettes,” stated Rodriguez. “As he approached the door to exit, he fired one round from the firearm through the glass window.”

Deputies responded and conducted an extensive search of the area and were unable to locate the suspect.

The suspect was described as a Hispanic male in his 30’s, approximately 5’10” and 140 lbs. He was last seen wearing a black baseball cap, a black mask, a grey sweater, black pants, and white socks.

Anyone with information about the robbery is asked to call the Victorville Police Department at 760-241-2911.