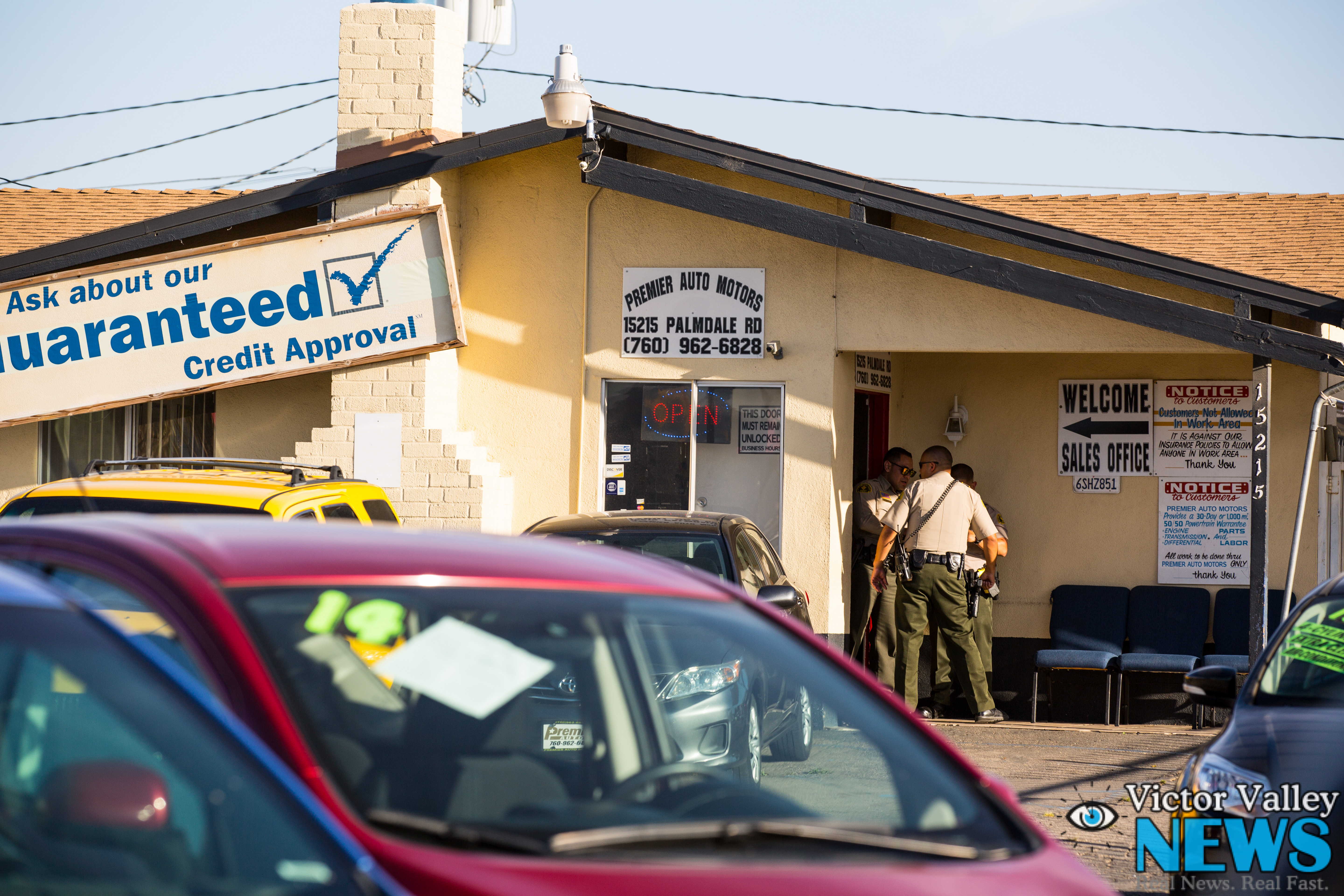 VICTORVILLE:(VVNG.com)- Deputies from the Victorville Police station are actively searching for a suspect who opened fire at employees in a used car dealership on Tuesday evening.

At about 6:10 PM, on June 7th dispatch, received a report of a shooting at Premiere Auto Motors located on the 15200 block of Palmdale Road in Victorville.

Per scanner traffic, the suspect is described as a Hispanic male in his late 40’s, wearing glasses with a red bandana over his face. The suspect left eastbound on a black Harley Davidson motorcycle.

A witness at the scene told Victor Valley News, he heard the shot and saw the motorcycle driving from the alleyway towards Palmdale Road.

No injuries have been reported. A Sheriff’s helicopter is overhead assisting ground deputies with the search for the gunman.

The story is continuing to develop please check back later for more information.