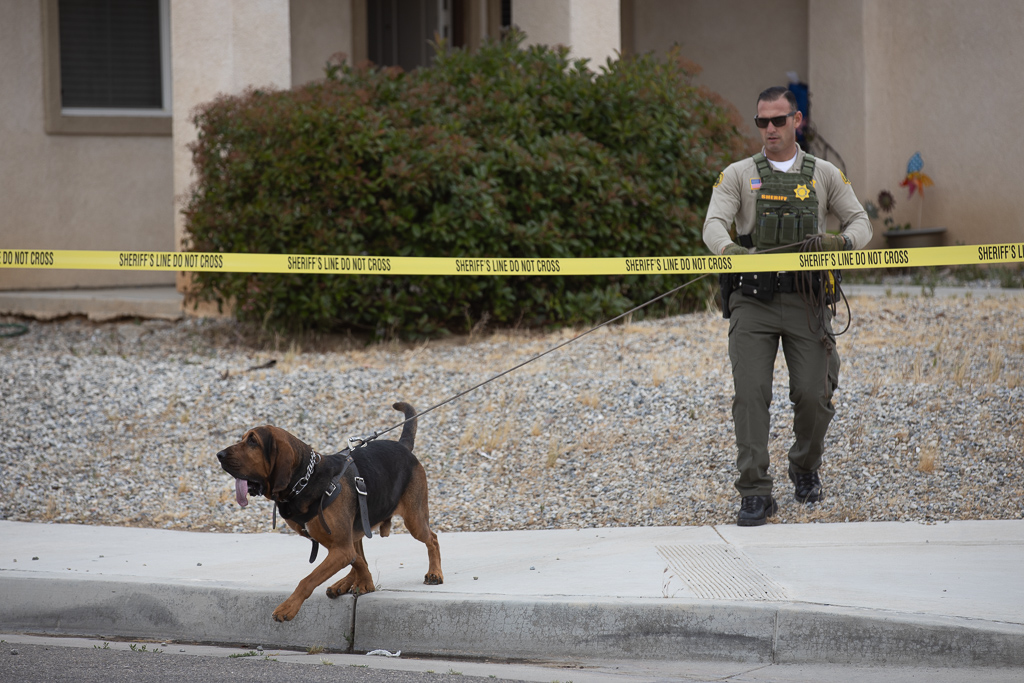 VICTORVILLE, Calif. (VVNG.com) — A gunman is at large after he shot a man at a Victorville residence Wednesday.

The shooting happened at a corner house on the 14800 block of Totem Pole Street and Ferndale Road at 9:11 a.m., according to Sheriff’s officials.

A witness said they heard one gunshot followed by one person yelling. Neighbors said the victim appeared to be about 50 years old.

“The victim has been transported to a hospital and his injury does not appear life-threatening,” Sheriff’s Spokeswoman Mara Rodriguez told Victor Valley News.

“Multiple deputies, are currently on the call and searching for the suspect,” Rodriguez told VVNG.

K9 Raider was also summoned to the scene in efforts to the sniff out the suspect.

The sheriff’s department did not provide a description of the suspect or a possible motive. It’s believed the suspect fled the location on foot.