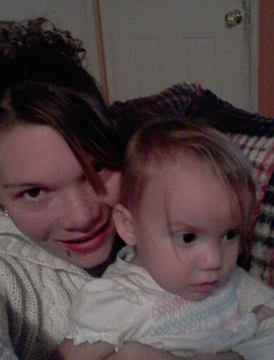 APPLE VALLEY: (VVNG.com)- On January 6th, 2013 police were called to the home in the 20000 block of Cayunga Road at approximately 4:16 p.m. where the 2-year-old, Joileen Garcia was suffering from a seizure. After investigating deputies discovered that the chili powder was given to the small child as a form

of punishment by her father’s girlfriend, Amanda Sorensen.

The toddler girl, that loved horses and was once full of life and energy according to family, was rushed to the hospital where she was pronounced dead. Neighbors of the family described previous signs of abusive behavior including yelling and cursing coming from the home, but gave the young family the benefit of the doubt.

Sorensen, now 23 years old, was arrested as a result of the death of the toddler girl the following day. After a 2013 plea of not guilty to first-degree murder, Sorensen changed her plea to guilty for second-degree murder on Monday, November 3, 2014 as part of a plea deal. The plea agreement will also drop the second charge of assault on a child causing death, which if convicted would have carried a sentence of 25 years to life.

The public defender representing Sorensen felt since there was no intent of this young mother to kill the child, the charges would have been

more appropriately charged as involuntary manslaughter. His client did accept the plea deal in order to not have to stand trial on the 2nd charge in the case.

Sentencing is set for January 12, 2015 in the San Bernardino County Superior Court in Victorville, where she faces 15 years to life in prison. Sorensen, will be eligible for parole in about 12 and a half years.

Sorensen is in custody at the West Valley Detention Center in Rancho Cucamonga.