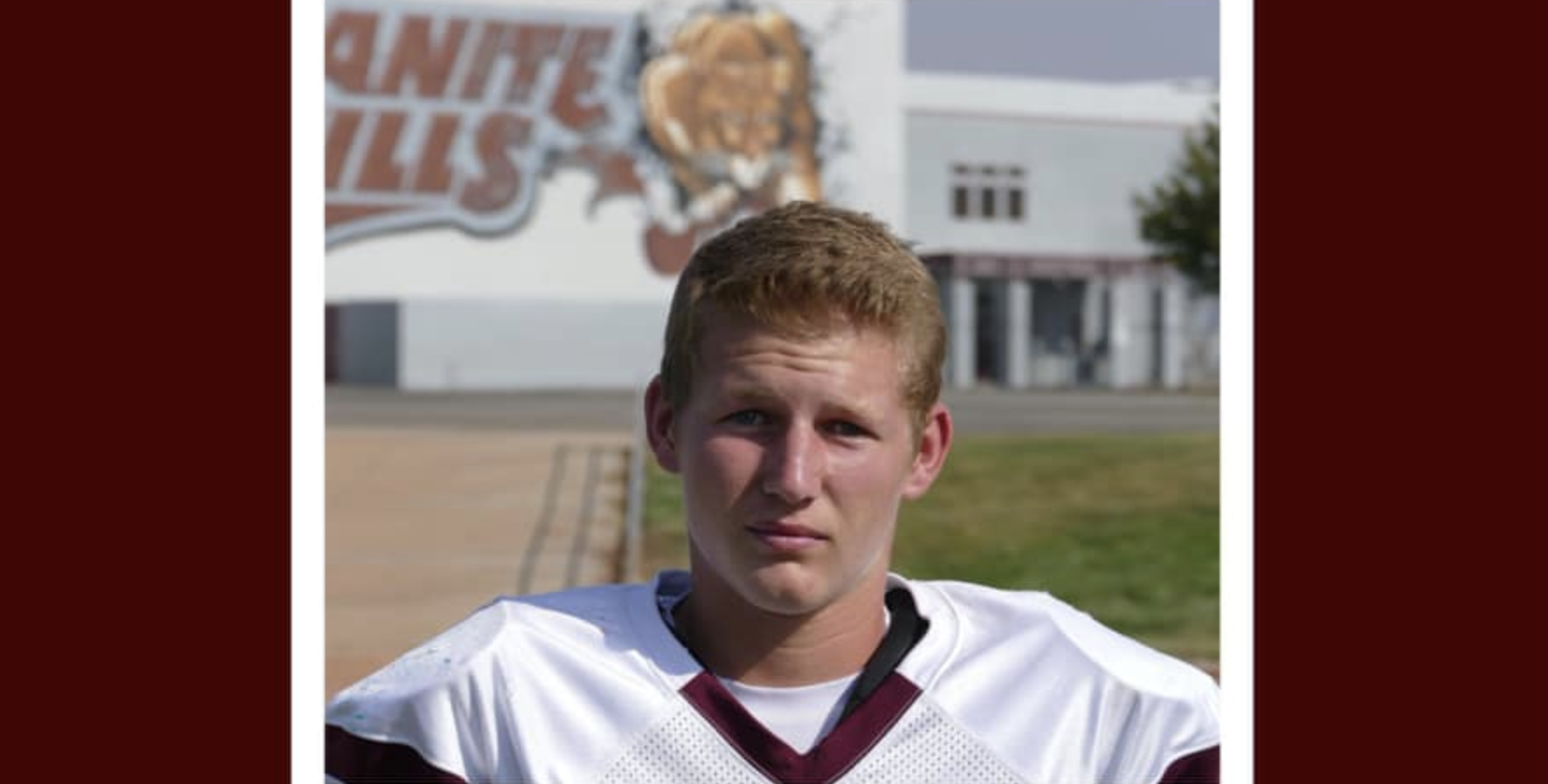 Shelton’s family said he was Sergeant in the U.S. Army stationed in Fort Campbell between the Kentucky/Tennessee border, and was part of the Army’s 160th Special Operations Aviation Regimen training near San Diego when the crash occurred on August 27th, 2020.

Kristen Ray, Tyler’s aunt, shared an emotional live video on Facebook honoring her late nephew at a race-track with the Star Spangled Banner playing in the background. Her 10-year-son, Evan Ray, raced in honor of Tyler at the Friday night event as Tyler’s brother, Hunter Shelton, carried the American Flag.

“We are heartbroken to share the passing of Tyler Shelton class of 2016. Tyler was a part of the 2015 Cougar Football Team and helped lay the foundation of what Granite Hills Football is today,” a statement from the Granite Hills Touchdown Club stated.

“Tyler was an exceptional football player, but more importantly an exceptional human being. We would like to send our thoughts, prayers, and sincerest condolences to Tyler’s wife and family. The Cougar Family grieves with you and will miss Tyler dearly.”

Shelton was described as a strong, hard working person by those who knew him.

“Tyler was an amazing man, I thought of him as a blood cousin, and now that he’s gone, his spirit will live on through my family and that includes his mother as well, I just wish he wasn’t taken from us so soon… RIP Tyler… I miss you…” said Elijah Williams.

Coworkers who briefly worked with Shelton also reflected on his memory.

“My Stator Bros Family at #110. Please say a prayer for Tyler Michael Shelton’s friends and family. He was a member of our Apple Valley store for a short time as a courtesy clerk and then joined the Army and served our country proud!! He was a very respectable, honorable, well mannered young man! Rest in peace Tyler Michael, thank you for your service to our Country!” wrote former co-worker Sharon Whittle.

The San Diego Union-Tribune reported that the crash occurred while the soldiers were conducting “routine training” about 70 miles west of San Diego on San Clemente Island, an area controlled by the U.S. Navy, the newspaper reported.

This is a developing story. Please check back for future updates.