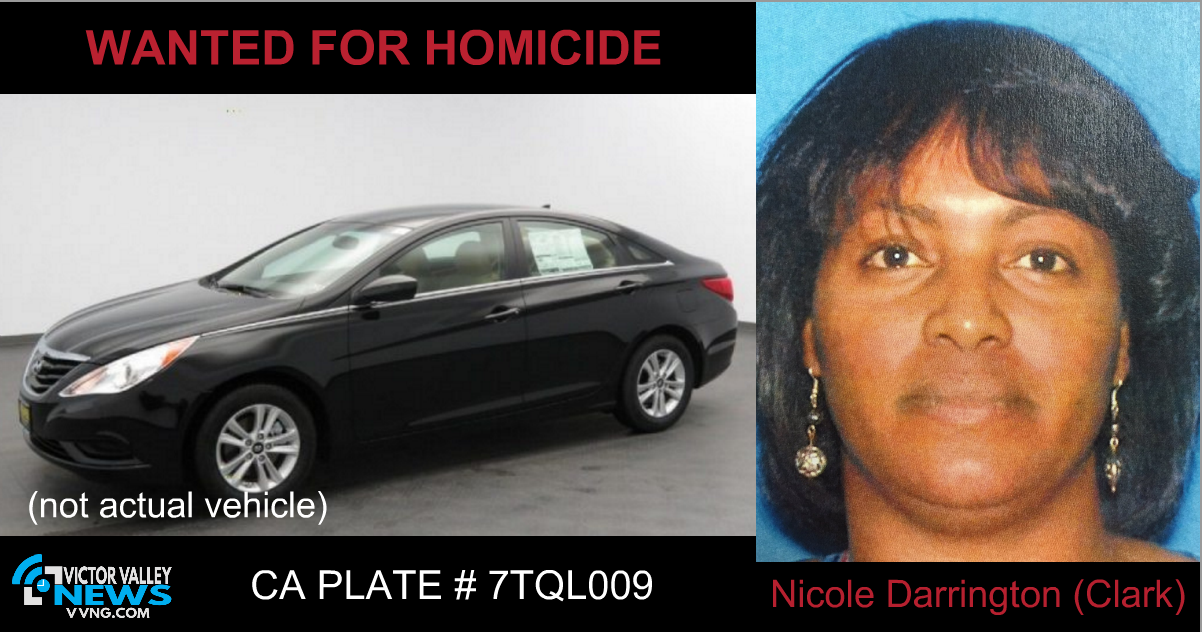 VICTORVILLE, Calif. (VVNG.com) A woman wanted for the alleged stabbing that left a six-month-old girl dead in Colton was spotted driving in Victorville Monday morning, per scanner reports.

Authorities are aggressively searching for Nichole Darrington Clark, 43, after police say she stabbed two of her grandchildren, one fatally, and her adult daughter.

The horrific crime was reported just after 9:00 a.m. on Monday, June 5th at an apartment complex in the 14000 block of East San Antonio Street in Colton.

The child’s mother and her older sister remain in critical condition.

According to Cpl. Ray Mendez with the Colton Police Department, they don’t currently know what triggered the event.

The Sheriff’s helicopter along with ground deputies conducted an extensive search for the vehicle but were unable to locate it.

Nichole is believed to be driving a 2013 Hyundai Sonata with CA plate # 7TQL009. Nichole is considered armed and dangerous. If seen, you are urged to call 911.

Police: Man Shot in Eye With BB Gun in Victorville