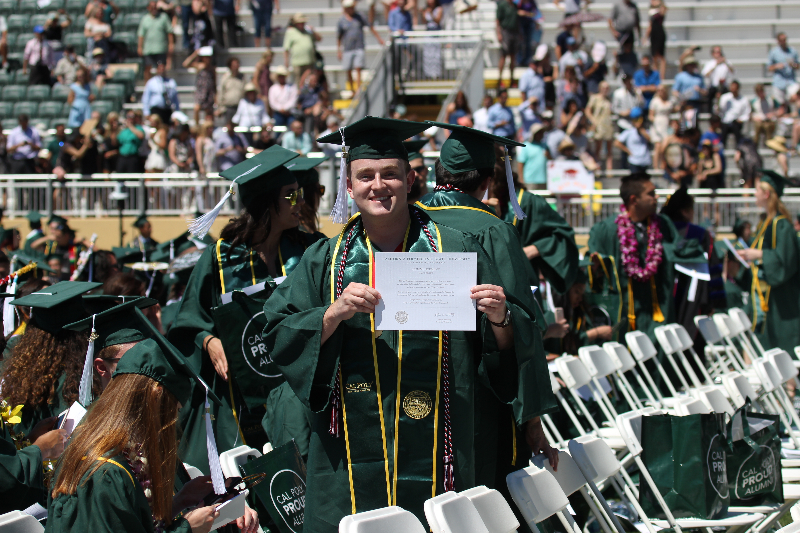 Apple Valley, Calif.- Kyle Libby, a 2013 graduate of Granite Hills High School, was recently hired as a Research Intern with the Center for Strategic and International Studies (CSIS) to work on the Aerospace Security Project in Washington D.C.

Libby graduated from Cal Poly San Luis Obispo in June, where he studied Political Science with an emphasis in Global Politics. He was contacted just two days after completing his phone interview with CSIS and is now beginning his third week on the job.

Libby said that he first became interested in government and international relations as a third grade student in Mrs. Daudel’s class. “She always encouraged world knowledge and travel,” he said. “She was that proverbial ‘formative teacher’.”

Libby also credits his interest in government to his time at Granite Hills High School. “AP U.S. History with Mrs. Brown and AP Government with Mr. Zachau took that (interest) even further and I really enjoyed it,” he said. “In both of those classes we could cover research methods and general political and government knowledge that I still use today. (Those classes) primed me for the writing intensive scenarios I’d face in both class and with my publications.”

Kyle Libby encouraged current students to begin preparing for their futures now by seeking internships, experiencing other cultures, and asking college professors about opportunities to help with research projects. “Read all that you can—newspapers, non-fiction, topical fiction, anything that adds to your own personal database of information,” he added. “It will not only give you more sources to pull from in the future, but will also help you narrow down the specific fields you’re interested in.”

After completing his term as an intern, Libby hopes to pursue a career in International Relations and eventually earn his Master’s Degree.