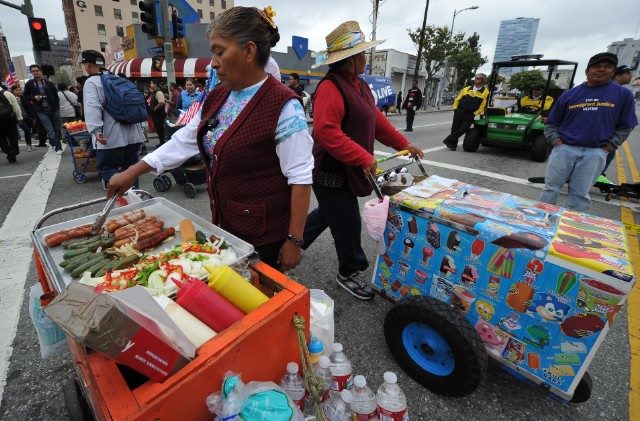 The new law will prevent criminal penalties for sidewalk vending, offers retroactive relief to vendors with pending citations and prior convictions, and establishes flexible standards for local vending regulations.

“I feel excited with the news of Governor Brown signing SB946” said Caridad Vasquez, Sidewalk Vendor and Leader of the Street Vendor Campaign. “Before we were working in the shadows. now we will be seen by everyone and can contribute to our economy openly.”

The bill was introduced in February of this year by Senator Ricardo Lara, D-Bell Gardens, who said part of his motivation was because many sidewalk vendors are immigrants who are in the country illegally, and a criminal violation could lead to deportation.

According to the Los Angeles Street vendors Campaign (LASVC) women make up a majority of the 50,000 vendors in Los Angeles; advocates estimate 80% of street vendors are women.

The bill, which goes into effect on Jan. 1, establishes minimum standards for sidewalk vending regulations and would not permit local governments to prevent sidewalk vending in an area unless there is a health, safety, or welfare issue.

“Now thanks to Senator Lara and Governor Brown, SB946 protects California’s low-income immigrants and workers from devastating consequences of criminalization, promotes safe and regulated vending according to local conditions, and unlocks new opportunity for entrepreneurs through the state,” said Dough Smith, Staff Attorney at Public Counsel.

Cities that want to regulate the industry are required to first create a permit process. 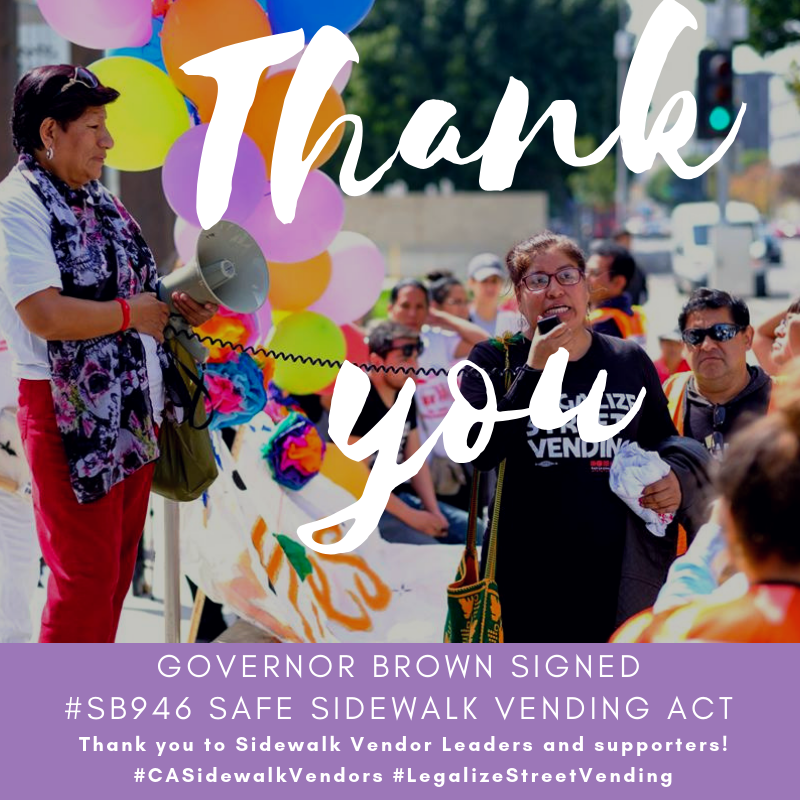 Man arrested after slamming puppy into concrete slab in Hesperia