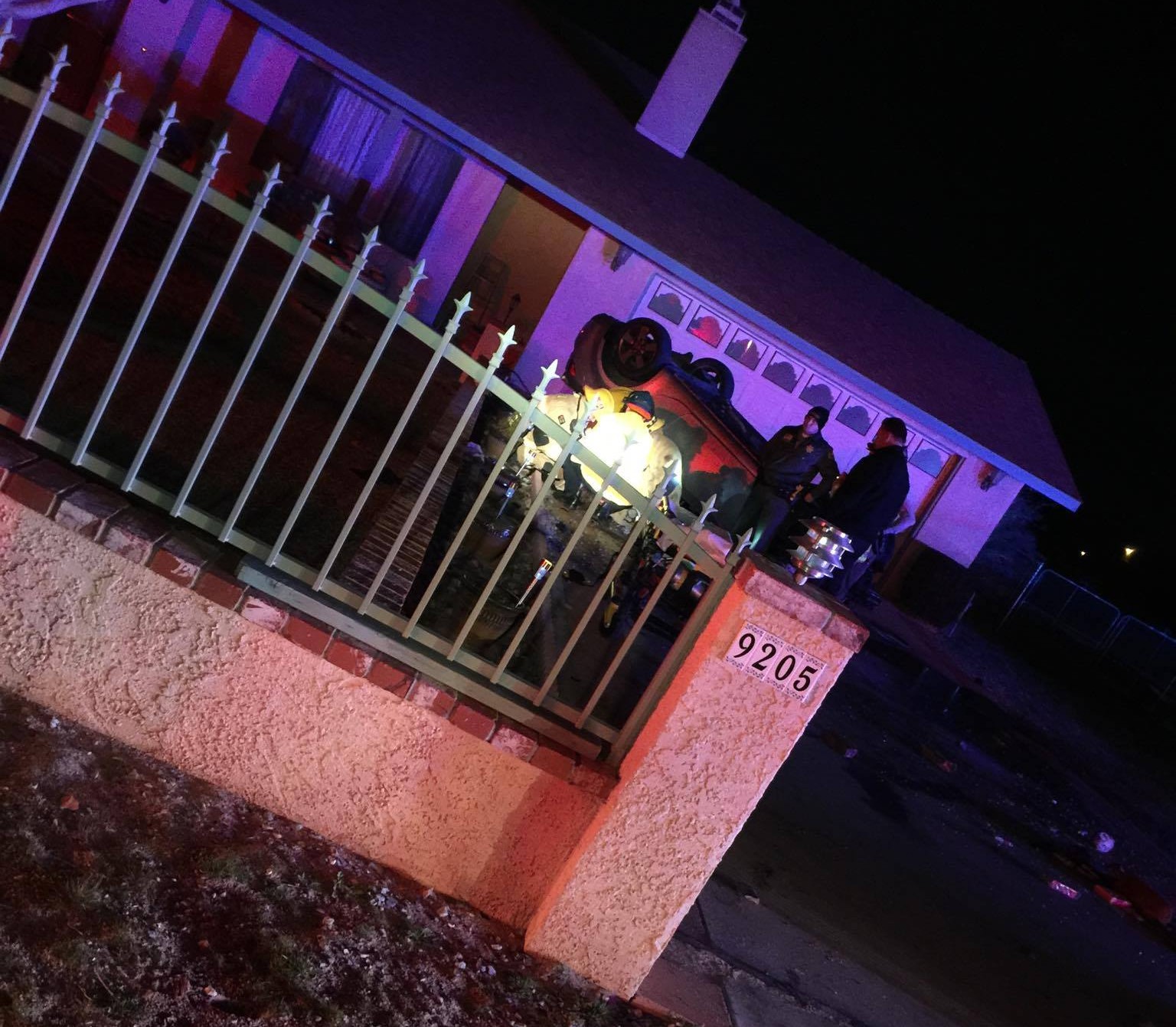 The single vehicle crash was reported in the area of Ninth Avenue and Willow Street in Hesperia. The vehicle, a 2012 Kia sedan was reported as being on fire with a person trapped inside.

A good Samaritan who wished to remain anonymous spoke to Victor Valley News and recalled the frightening accident. He described how he used a knife to cut the seatbelt in an attempt to free the trapped woman. “Her leg was trapped under the dashboard and that’s when three other guys came over and lifted the vehicle up while I pulled her out.”

The anonymous man continued to say, “I still don’t know how I did it. I was really scared and I was afraid of the car blowing up. I felt like I had to do something when she was yelling help me I don’t want to die.”

“Persons in the area came to the driver’s rescue and freed her from the vehicle before emergency personnel arrived on scene,” stated Public Information Officer Karen Hunt.

Through investigation, it was learned the driver veered off the roadway, struck a fence pillar flipping the Kia sedan and pinning her leg. The female victim and sole occupant was described as having serious injuries and an air ambulance was requested to transport her. The designated landing zone was established at the Hesperia Airport and the patient was airlifted to Arrowhead Regional Medical Center.

The condition of the woman is unknown at this time. More information will be updated as it becomes available.