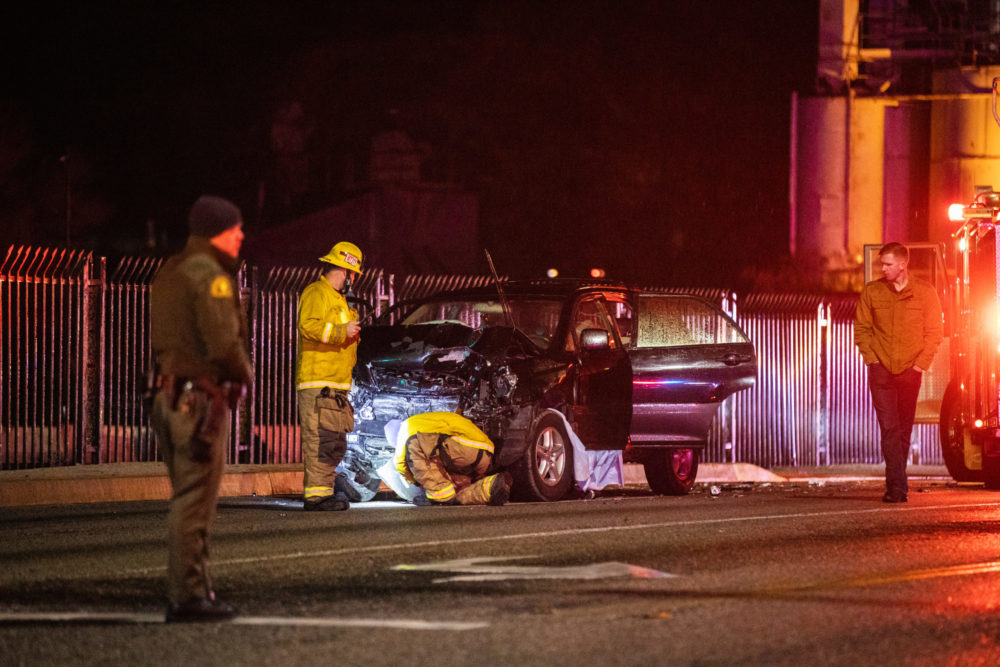 VICTORVILLE, Calif. (VVNG.com) — A Good Samaritan was killed as he was helping to push a stalled SUV on a busy Victorville street Saturday night.

Witnesses say the Good Samaritan, described as a Hispanic male adult, was assisting the passenger of the Sequoia with pushing the SUV when the Lexus struck them from behind.

The Good Samaritan was pronounced deceased at the scene, and the passenger that was helping to push the vehicle was transported to a hospital with unknown injuries.

The driver of the Lexus was also reported to have been transported to a local hospital with unknown injuries.

Moments before the crash, Judy Hutchins and her husband had passed the SUV as it was being pushed down the road.

“My husband had to slam on his brakes and swerve to avoid hitting them. He knew that these guys were going to get hit. Sorry to hear that one had lost their life,” Hutchins wrote as a comment on a Facebook Live video.

Authorities were not immediately able to provide any details on the condition of the female driver of the Sequoia.

As of 10:00 pm, Saturday night, D Street is expected to remain closed for several hours between 8th and 10th Streets.

The identity of the deceased has not been released at this time. Anyone who may have witnessed the crash is urged to contact the Victorville Police Department at 760-241-2911.